We enter Togo through a pretty small border checkpoint. They hardly see more than a few Togolese or Ghanese mopeds passing by every now and then. That means it’s going to be a bit of a struggle searching for the right guy that knows how to do the paperwork and explaining once more that our visa d’entente that we got in Ouagadougou is indeed valid for the country. But I think we could have put whatever cheap sticker in our passports, they probably would have stamped it anyway :-). These guys are easy going. 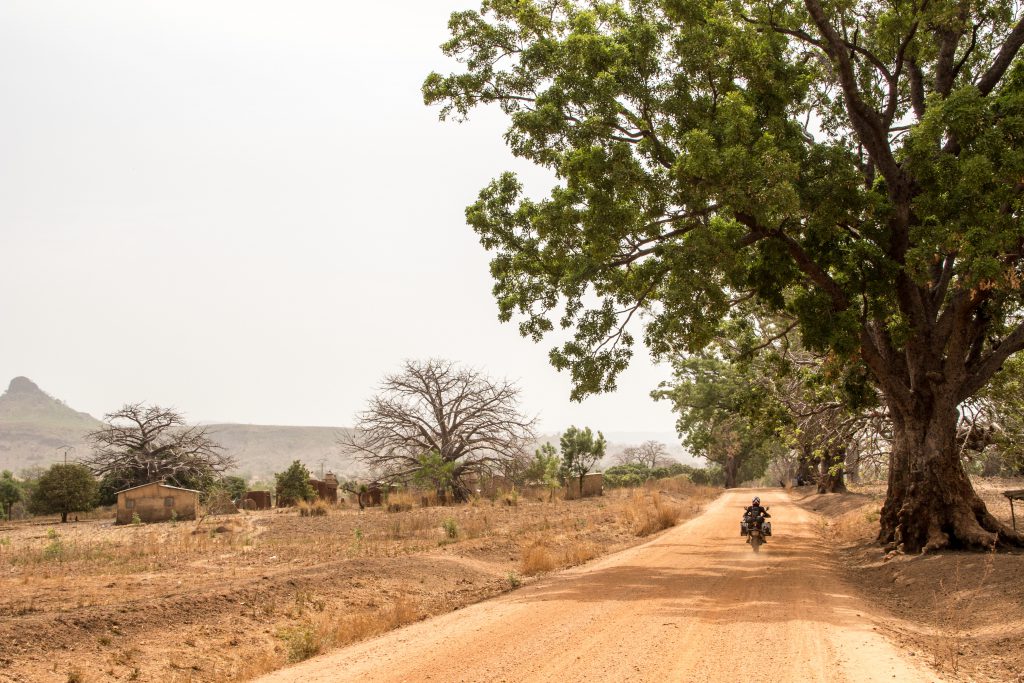 The dry heat has been replaced by a nearly unbearable sultriness. The weather is not going to change much over the next few weeks. Kpalimé is our first stop an after a week of Ghanese cuisine, we treat ourselves with fries and Flemish stew and ‘vol-au-vent” in the only Belgian restaurant around: “Le Bon Vivant”. The place is run by Jan and his mother Maria, two Belgians that cannot be mistaken due to their quite impressive appearance :-). This is true Flemish folklore with honest Belgian cuisine and delicious Belgian beer!

Kpalimé is known for its enormous bat population. The hills are covered with what seems like black hanging fruits, but as one of the locals starts making noise by hitting a tree with a machete, thousands of bats suddenly take off making sharp creepy noises. It’s a truly impressive view and we take the bat dumps on my T-shirt and camera for granted. 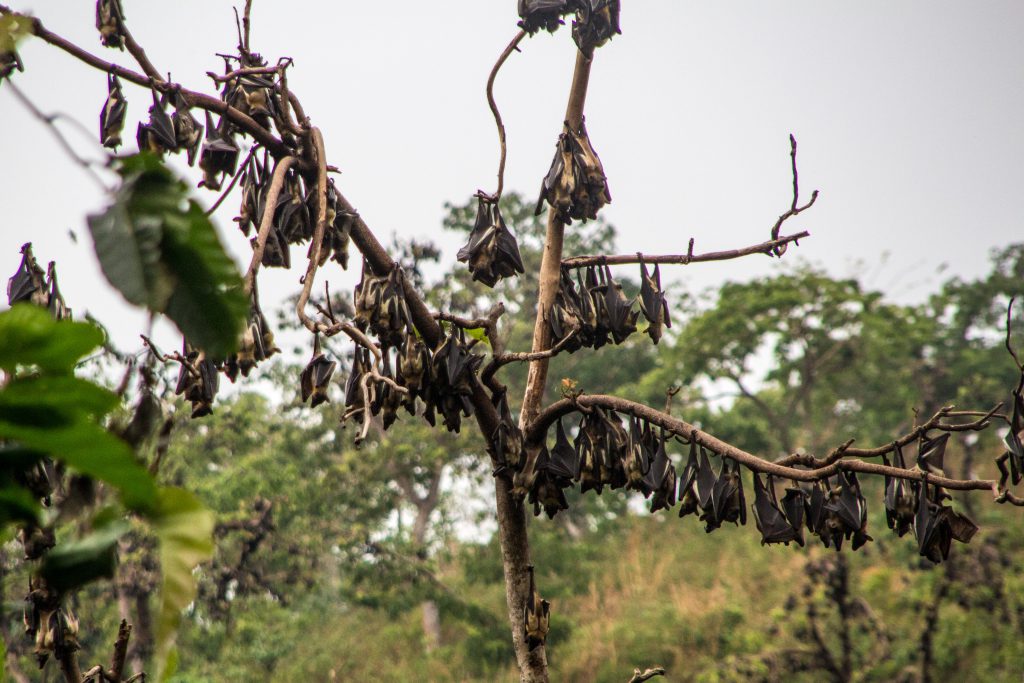 They look like black fruits hanging in the trees 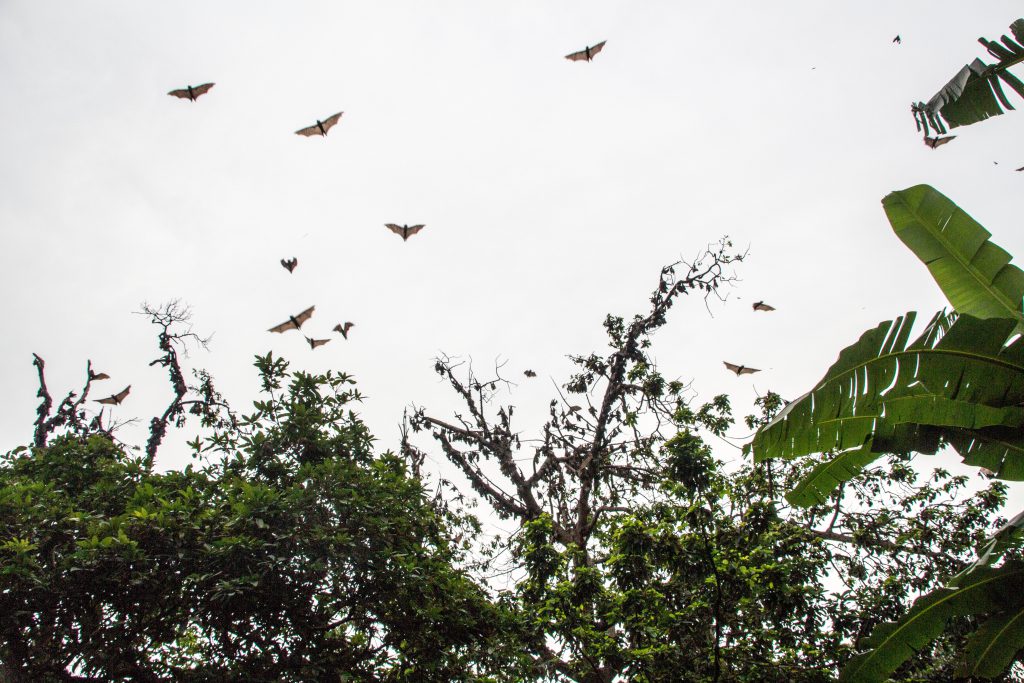 But it’s bats, and there’s a zillion of them

It isn’t before the asphalt to Lomé,  the Capital of Togo about 200 kms further down south we get our first splash of rain. It’s a welcoming relief from the heat but doesn’t last long, unfortunately. Lomé would be the place to be for visa hopping, but just passing by without a visit to the world’s largest voodoo market would be missed opportunity. We are having some difficulties finding the spot in the labyrinth of alleys and streets in Lomé, but as all of a sudden horrible smell of rotting animals is thrown in our face, we know we are pretty darn close.  There they are: piles of chopped off animal heads. Dogs, monkeys, sheep, goats, cows, snakes, rats, crocs etc… Entire dried birds heaps of fetish statues and other creepy stuff are for sale. The sellers look dead normal and could as well have been selling say tennis socks. Suffering a little bit of a high blood pressure? Get yourself a dried snake around your neck for a month or two! I don’t think so… 🙂 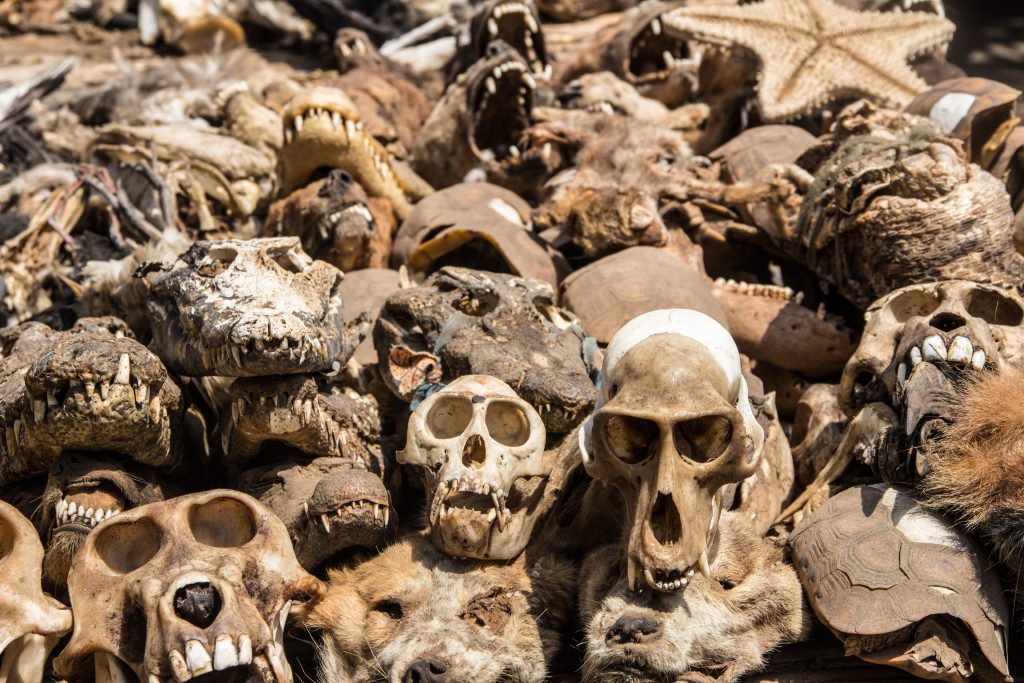 The voodoo market in Lomé 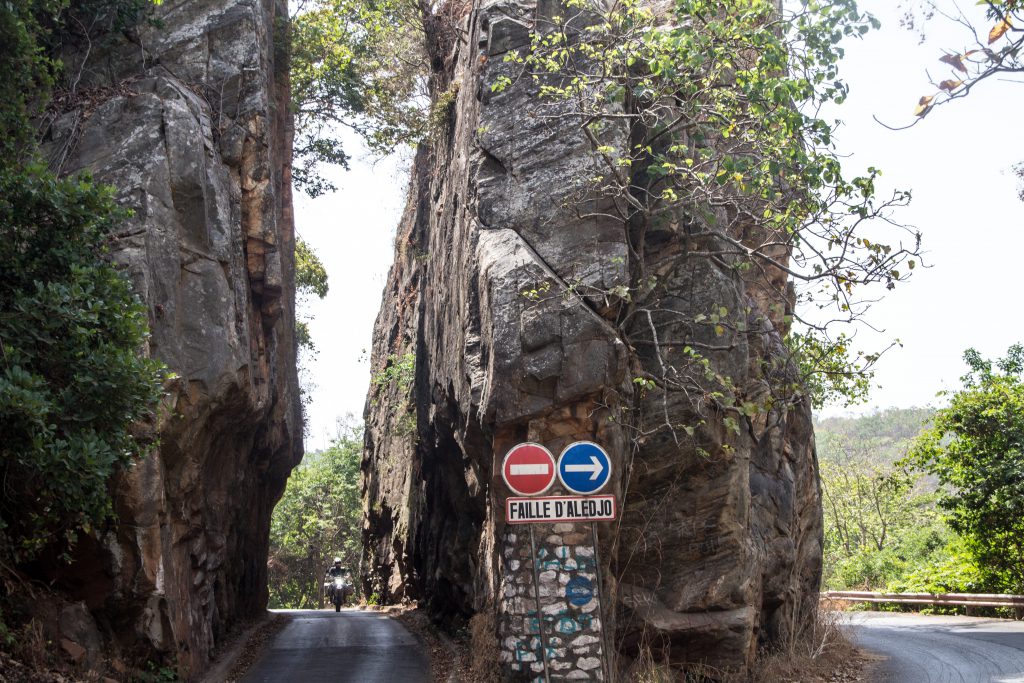 A 400 km ride amongst some of the craziest drivers in Africa and huge riding truck wrecks, finally takes us to the land of the Tamberma in the north of Togo. We quickly get to know the local habits of the area: no electricity, no water. But locals strolling through town wearing nothing but a tiny cord around their waist seems to be pretty much accepted. But then there’s that wonderful ride through the Tamberma valley. The traditional clay houses are impressive and especially the environment is magic here. Absolutely worth the visit! 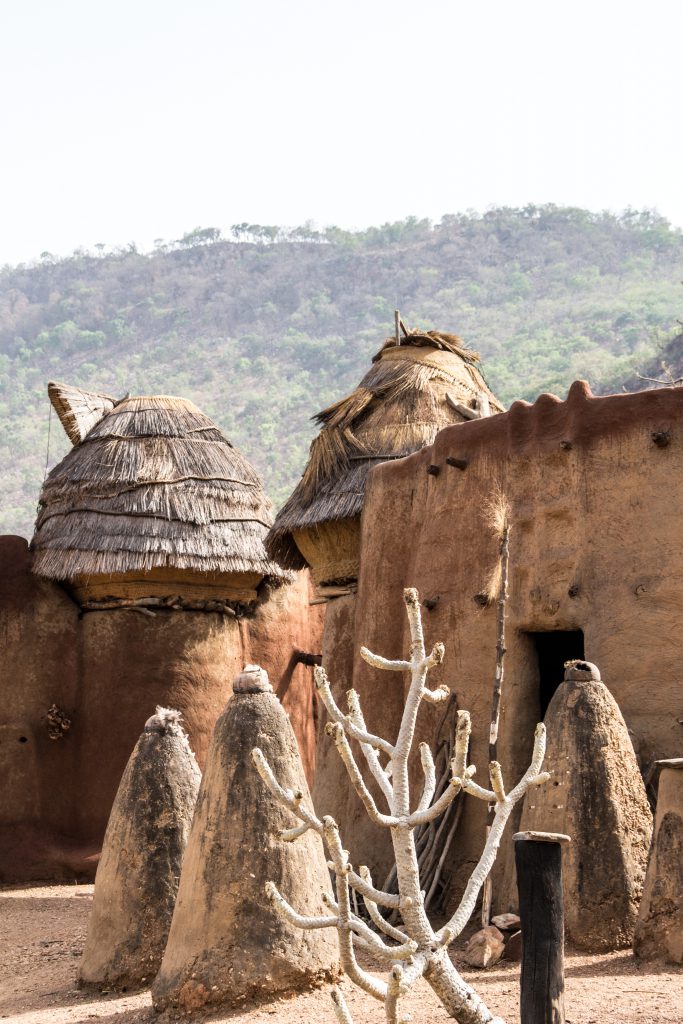 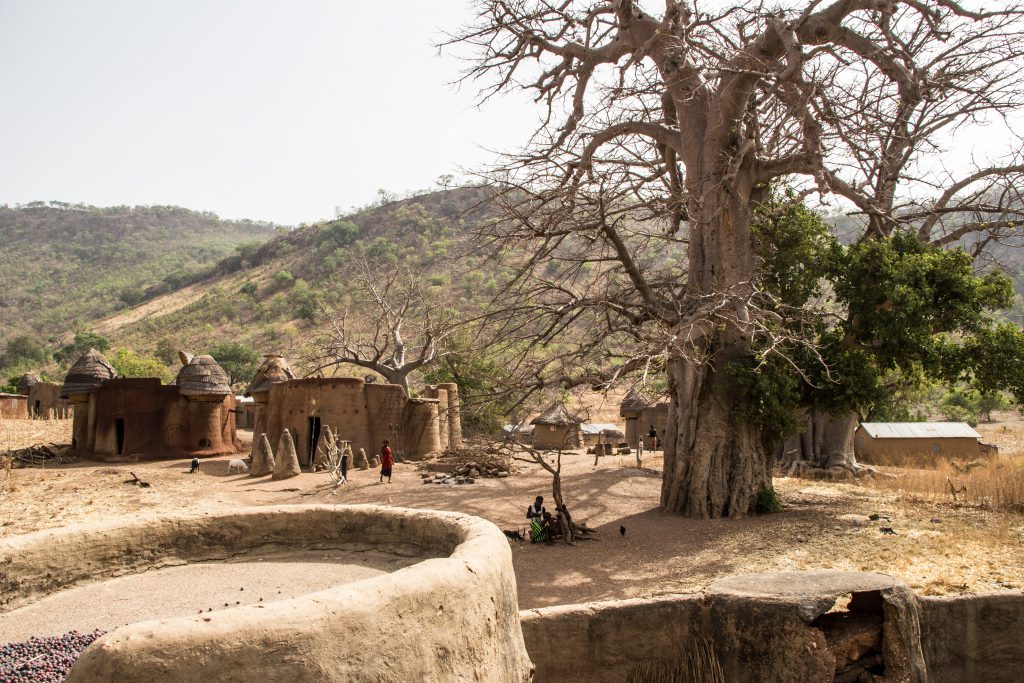