After all the horror stories about the border between the Western Sahara and Mauritania (border crossing was a breeze), there were those even wilder stories about the Senegalese border. We had heard of people having to bribe hundreds of euro’s. Customs officers and policemen were all corrupt and if one had the guts to refuse to pay, they most definitely would let you wait for hours or even days. The border crossing of Rosso was to be avoided. Diama was the way to go so it seemed, but since a few years corruption also found its way to what used to be a more relax entry to Senegal. The only “caveat”: the road to Diama is dirt, which wasn’t really what I hoped for with a series of bruised ribs and other injuries. But I must admit that the piste wasn’t  really hard, even with the pain I was suffering at that point in time. 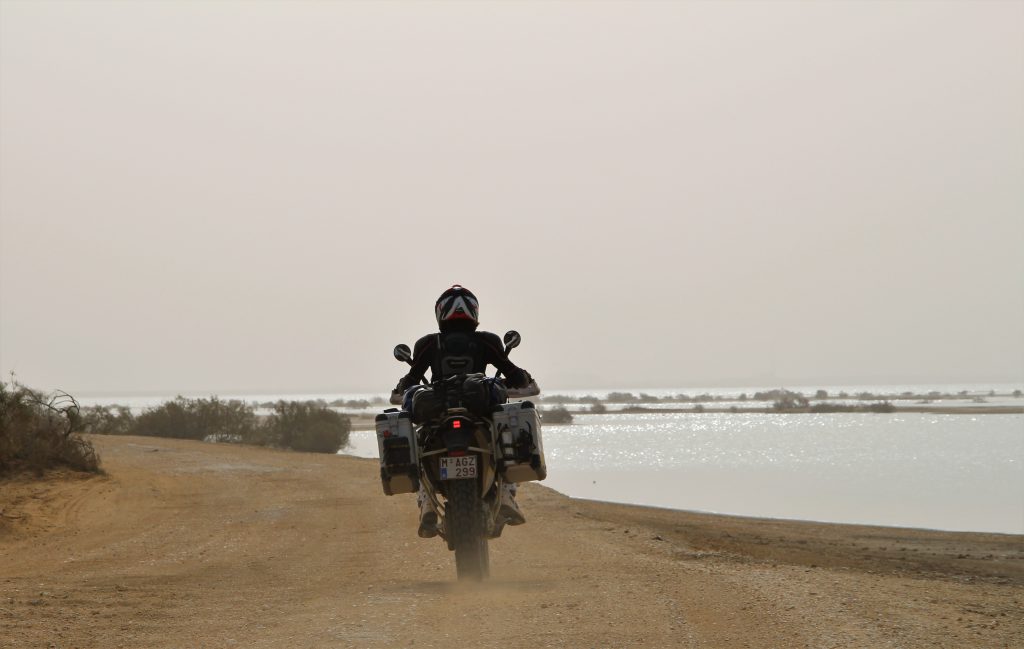 Easy piste in the national park near Diama

The border crossing went pretty smooth after all. They tried to rip us off for sure, but we ended up paying only 10 EUR. Tom had found that magic sentence: “Moi, je sais que ce n’est pas correcte et je vois dans tes yeux que tu le sais aussi… Donc je ne paie pas.” Somewhat more difficult to accept for the Mauri side of the border, but the Senegalese bought it. Entering Senegal appeared to be smoother than expected.

And boy were we delighted! That ice cold beer we hungered for for so long, those friendly people, music, good food. This was what we had been looking forward to! We spent a night or two at Zebrabar near Saint-Louis – a nice place with bungalows at a hefty price – and I was so happy to meet Frédéric, a French former motorcross champion who lives in Dakar. He advised us to ride to Dakar along the beach at low tide because the overcrowded Senegalese roads are one long series of speed bumps. He was ever so happy to ride my bike over the 25 kms of sandy piste to the beach. A godsend! 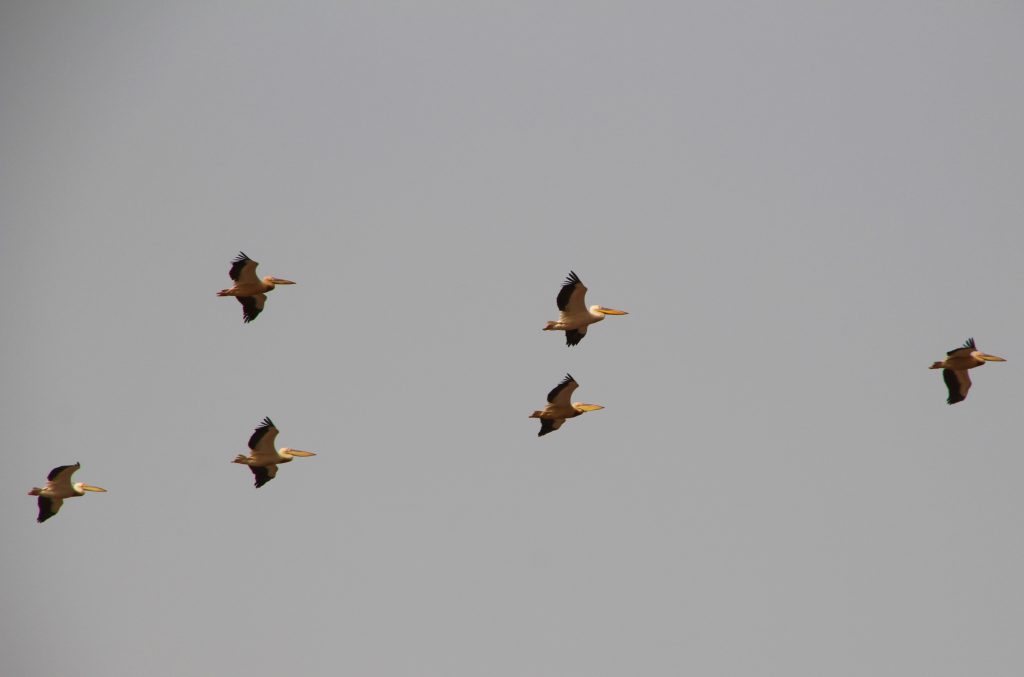 Right after Dakar, we took the road to Saly, where friends stayed at one of those luxury tourist hotels at the beach. Together with a great bunch of Belgians, we would celebrate New Year’s Eve and we were offered a place to stay at the house of a Senegalese friend. It felt kind of strange but we were so happy to meet some compatriots… New Year’s Eve was a real party: great food, great company, even the touristic animation in between the courses felt right in this setting. But what made this party really great was that authentic, black, Senegalese open air disco where we danced until early in the morning. What a great atmosphere, what a rhythm! That was fun! By far the best party since years! 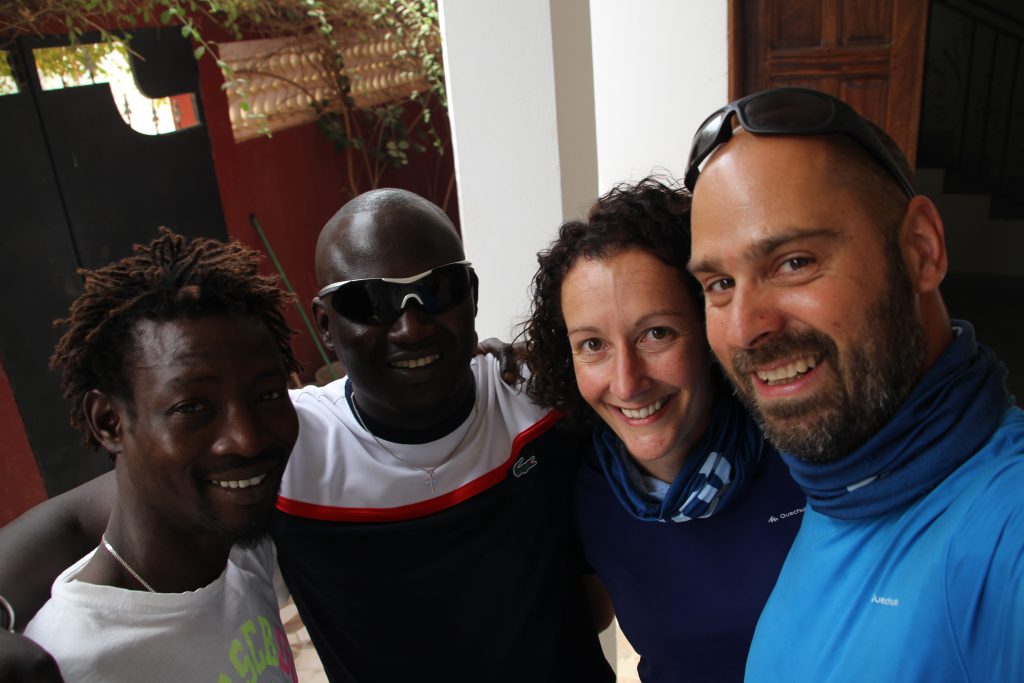 Saying goodbye to our new friends Abdu and Bernard

It’s been a week now since New Year’s Eve and we are still in the house of Bernard, together with our great new friend Abdou. We meet quite a few people here, talk about the country, culture, politics… We have the feeling to learn a lot about Senegal and we really enjoy it. But at the same time we want to move on. Tom has been busy to get the accessory fuel tanks welded again. In Europe this job would only take a mere 1.5 hours for both bikes. Here it takes about 7 hours for only one bike. He had to get tires from the airport in Dakar and spent 2 full days in the city for that. He had to find decent oil for the bikes, get the bike paperwork done, get insurance etc… He is fed up with having to wait for hours to get things done. That’s why we changed the oil on the bikes yesterday and we swapped the tyres and got my bike’s headlight fixed today. We are ready to discover those great places in Senegal everyone keeps talking about!