The weather gods weren’t particularly favorable on the day of our departure. Most of the route down to Portugal was bloody cold and that wasn’t really what we had in mind. On top of that we kept struggling with fuel problems. There hadn’t been much time for bike preparation leave alone testing our mean machines. So we had to repair a fuel leak along the road and rerouted the fuel lines once more in order to be able to use all of the fuel available in the tanks. And then a few moments ago I noticed that as from production year 2016, the Magura clutches disliked mineral oil. It was indicated pretty clearly on the clutch master cover, but with all the rush of the last few weeks, I didn’t really pay attention to it. I’ll swap the oil for breaking fluid tomorrow and cross fingers the seals haven’t swollen too much and the clutch remains usable. 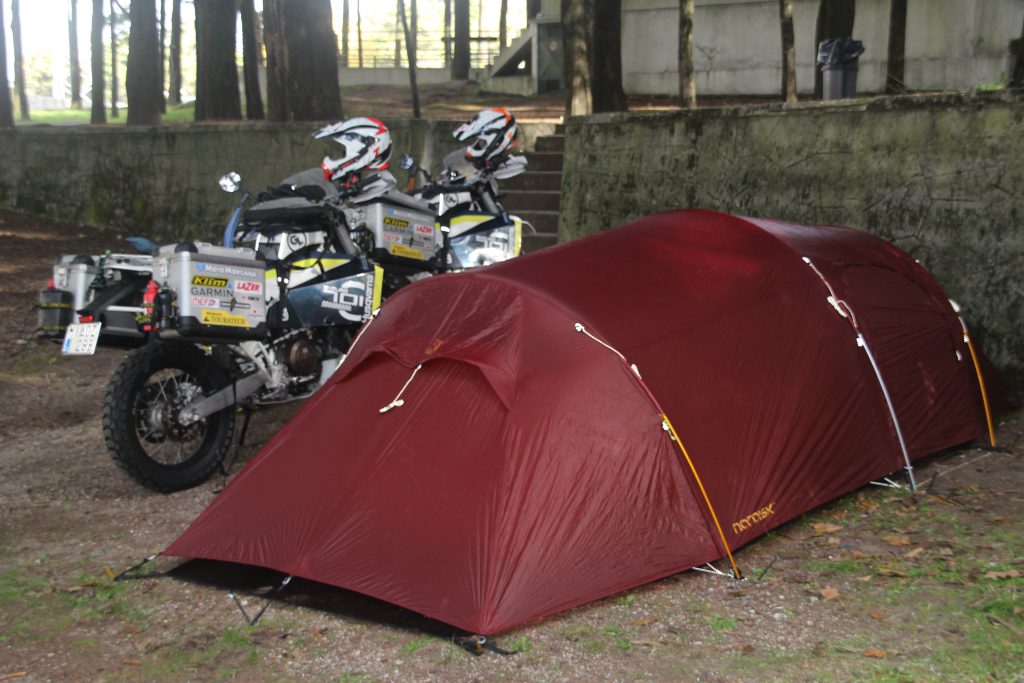 Our new home for the next 5 years, living outdoors

But despite the cold and the few technical hassles, our departure feels as a relief. After two years of preparations, we finally closed the door behind us. Hungry for adventure, we dedicated ourselves to the outdoor life. Despite the cold we did cook our own meal on that tiny petrol stove, seated in our mini, ultra lightweight camping chairs. The only thing we consistently fail to do is to get up in time in this bloody freezing weather. We’re still far from sweating out of our sleeping bag, but we did see some 20°C passing by yesterday on the piste in Portugal. It was an awesome ride!

Today is working day. That means we are sitting in a cheap room in Portugal, writing articles, selecting pictures and keeping up with social media. Not so much because it’s Sunday, but because outside it’s raining cats and dogs again. The day after tomorrow the sun should be back. That’s when we will set off for Spain to take the ferry to Morocco. 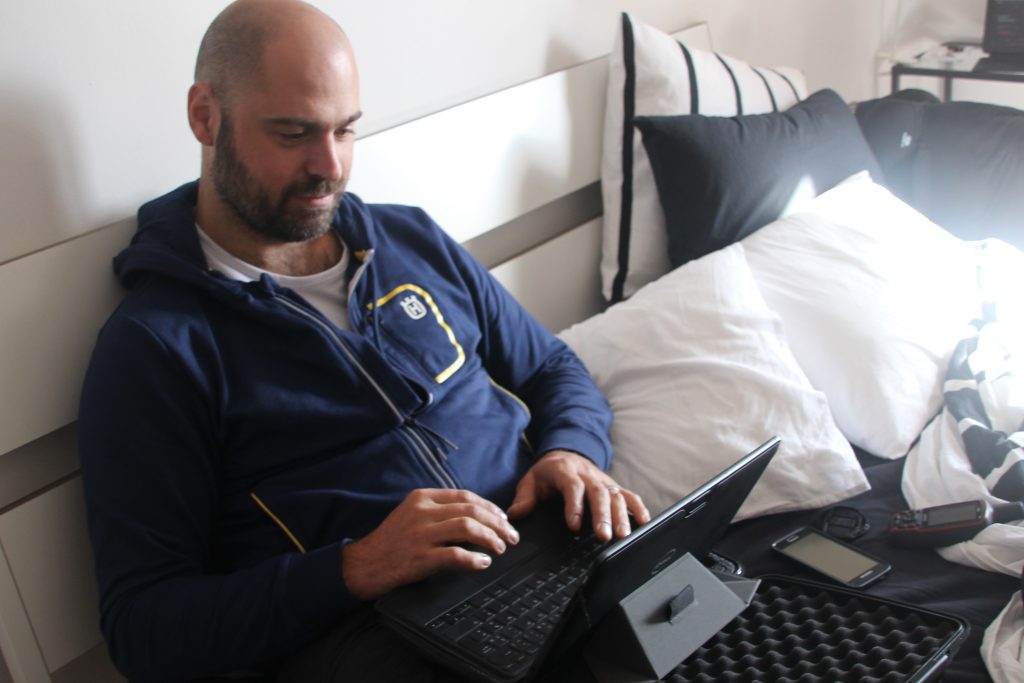