There was little light in my garage when I decided to swap the original clutch slave for an upgraded aftermarket Oberon model. It was the day before we left so it was all done in the typical rush of the last moment. And of course the clutch fluid was changed as well. I had  half a small bottle of what musty have been mineral gold Motorex liquid. Over the past few years many troublesome posts appeared on various biker forums of people who had filled their magura clutches with brake fluid and that didn’t end up well for the clutch. So I used what I always did in the past: mineral oil, period! So far so good.

It wasn’t before hitting the piste in Portugal that my eye fell on the clutch master cover: “Use only dot4 or dot5.1 braking fluid”. WTF? The web is full of warnings to stay away from dot for Magura clutches and now this? A quick google seemed to learn that it wasn’t all really that bad. The other way around would have been a lot worse, but the soft mineral oil wouldn’t do too much harm to the seals. Until I finally decided to replace the fluid and tried to bleed the bloody thing. Back bleeding, bleeding from the top. It just wouldn’t work and the level of the clutch master container didn’t move a single mlilimeter. On top of that, the rubber membrane of the container seemed to have grown to at least twice the size of the original one. Dat sure didn’t look good. 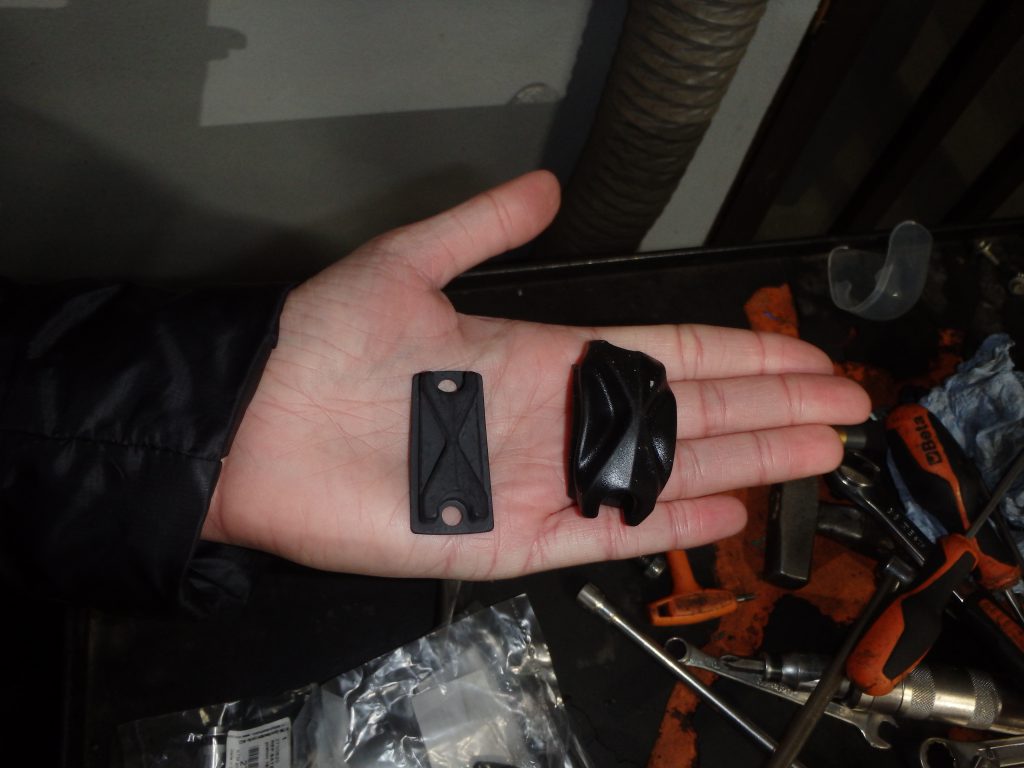 Normal master membrane left, more than twice the size after mineral fill up at the right

Caroline gave me a hand to push the bike to the nearest bike workshop. The clutch had completely given up in the meantime and even there they weren’t able to pressure bleed. The spare piston that I keep in my luggage went in and there they finally appeared: tiny little air bubbles in the clutch container. After inspection of the old piston, it was pretty clear that these seals too had swollen big time, even to the extend where they cover the tiny hole between the fluid container and the master cylinder. Hence the bleeding problem. 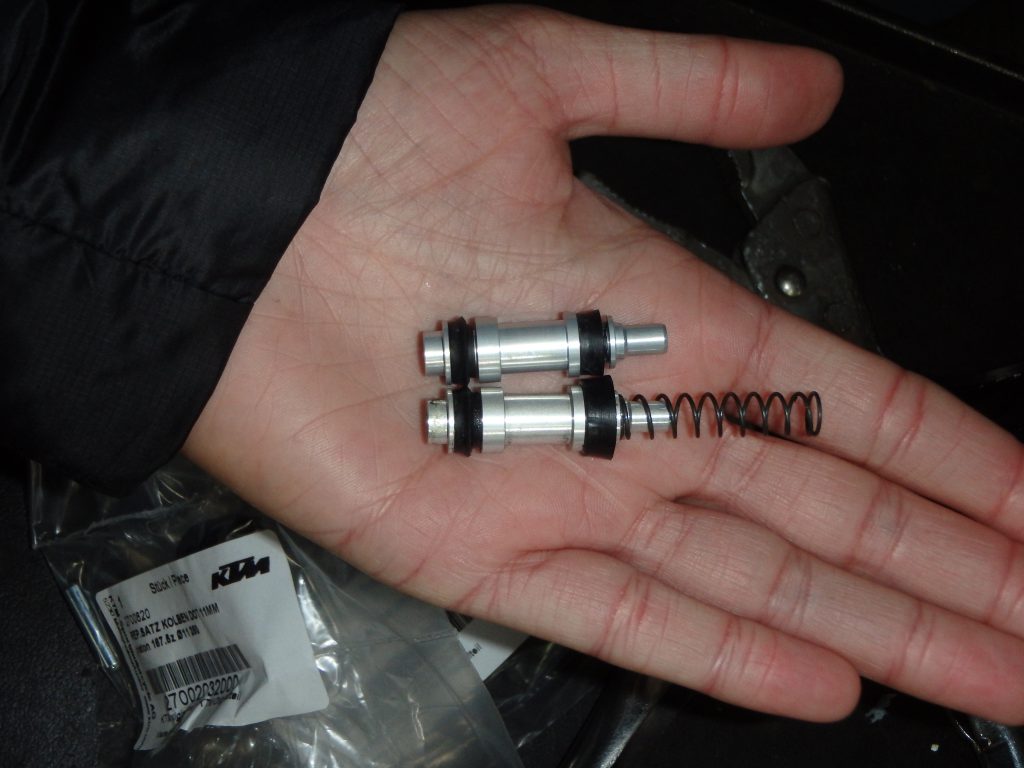 New piston above, old piston with swollen seals below

2 new membranes and 2 new pistons was what we needed, but I only had 1 spare piston. The remaining parts were ordered per express courier, buyt instead of two nights in Castelo Branco, it will most probably be 5 nights. Africa is so nearby, but it will take us another few days before crossing the strait of Gibraltar. In the meantime, Felipe from AG Motorsport in Castelo Branco took the opportunity to expose the bikes in his showroom to draw a little attention to his shop. Lots of interested people he assured us. That is hard not to believe 😛 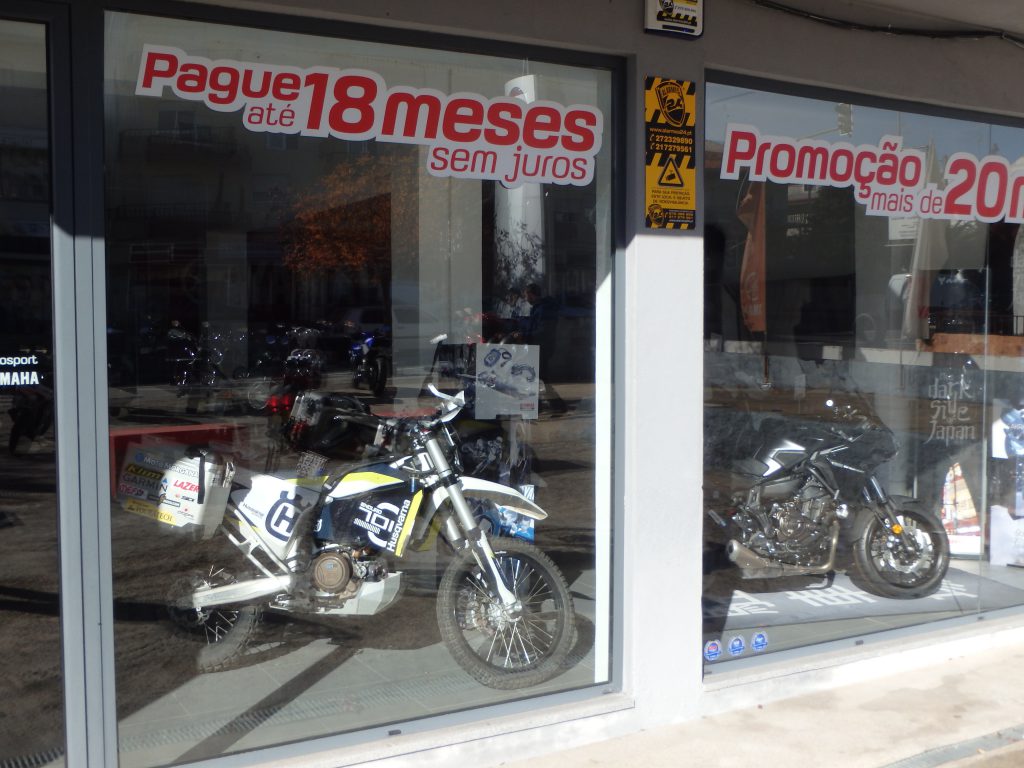 Look what’s in the Yamaha showroom

Let it be a warning to all those who are used to pouring mineral in Magura clutches: as from model year 2016, many KTM and Husky models changed to dot. And yes it does harm to your clutch. Don’t say I didn’t tell you!