People kept telling us how great the Casamance region, in the south of Senegal, really was. The place to be, the friendliest people, the greatest of environments. So we had to go there for sure.

Now here’s two options to get there actually: you can either go through or around the Gambia. Despite the political instability and riots due to the presidential nomination, we finally opted for the much shorter road through the Gambia. We expected a very short stay there. After all the distance to be covered was only a mere 30 kms, taking the border crossing in Farafenni and crossing the Gambia river by ferry. That river crossing went super smooth, but it were the border crossings that were again pretty time consuming. 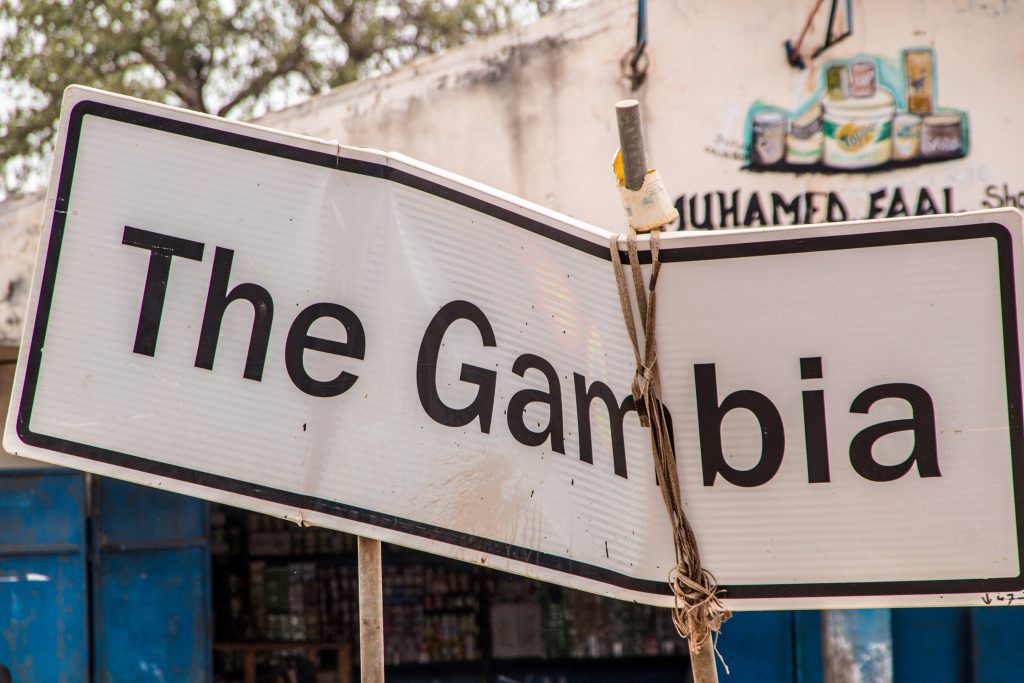 The Gambia, this roadsign was telling a lot about the country…

It took us a full day to get into and out of the Gambia, and finally back into Senegal but we were able to pitch the tent in Sédhiou with a magnificent view over the Casamance river just before sunset. And yes, our friends from the north were absolutely right: this is a wonderful, green environment. Done with the sand at last! Joy was all ours! 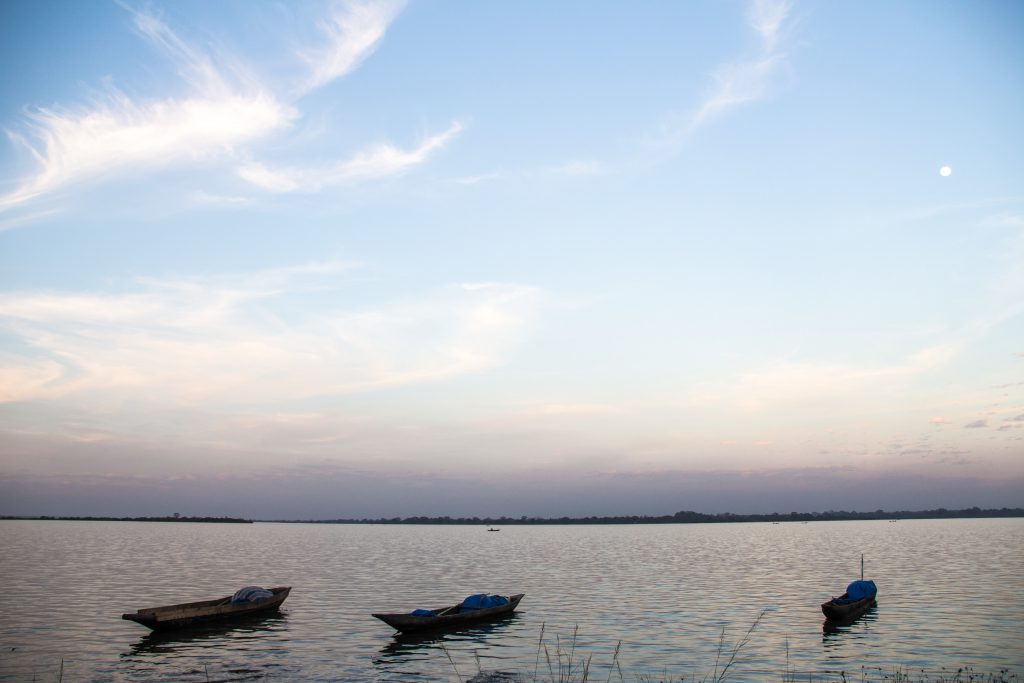 View from our tent on the Casamance river 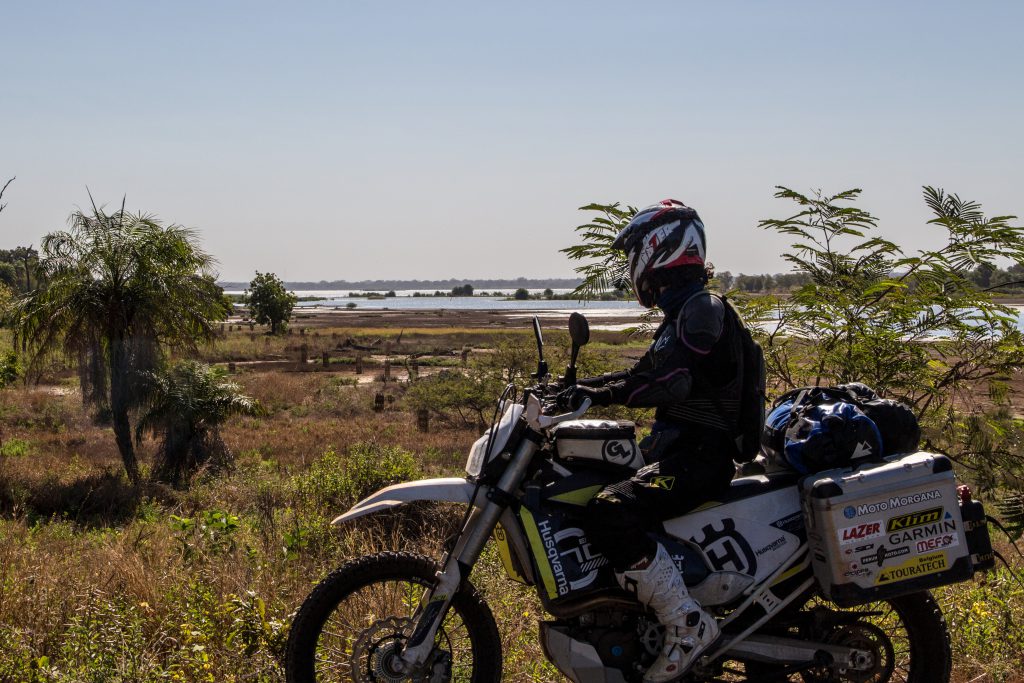 We headed further to Kolda and Vélingara. Tom rode the piste and I went for the sealed road in order to spare my ribs just a little longer. We arrived more or less at the same time and both of us had a very pleasant ride. Sometimes splitting just for a short while is what it takes to find each other back at the end of the day :-).

After a two days rest in Tambacounda, we were up for the next border crossing: into Mali. The road would be sealed, at least that’s what the map told us, so we expected a chill riding day… It’s just that… here in Africa nothing is what it seems. I think there must have been a few lumps of asphalt in between the huge potholes, car wrecks, way too high speed bumps in the villages and the many people and animals crossing the roads without paying attention. It took us a little longer than expected, but with us riding two wheelers, we were way faster compared to the zigzagging cars and trucks. 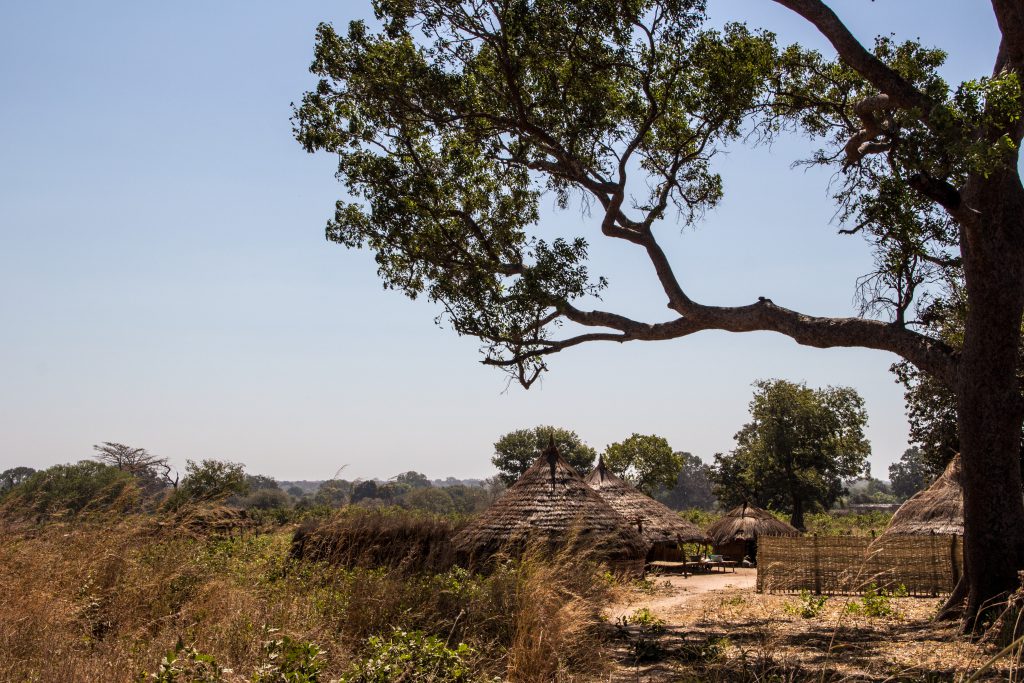 Nice villages along the road

The Mali border in Kidira was a true relief.  No trace of corruption here. Instead we met the most friendly customs and immigration officers that were truly interested in our story. It was in fact that smooth that we first entered Mali without any paperwork because we accidentally passed customs and immigration. So we turned back to get the necessary stamps after which we entered this lovely country. Senegal and Mali are neighboring countries, but oh-so-different!