It’s been a while since we got the opportunity to keep up with the website. We are in the south of Morocco right now and we finally have a reliable internet connection so it seems. Every campsite or hostel owner seems to have a WIFI connection, but there’s always some reason the internet just doesn’t work. Yesterday still, it was the few drops of overnight rainfall…

And we have to admit: we have had quite a bit of rain so far. Portugal started promising with a sunny day of gravel roads south of Castelo Branco. It seemed to announce a dry period, at least that’s what we hoped for.  But google weather didn’t promise any good. A shortcut to Spain kept it all relatively dry, but from Jerez de la Frontera on, it kept raining cats and dogs. And the north of Morocco didn’t seem any better. 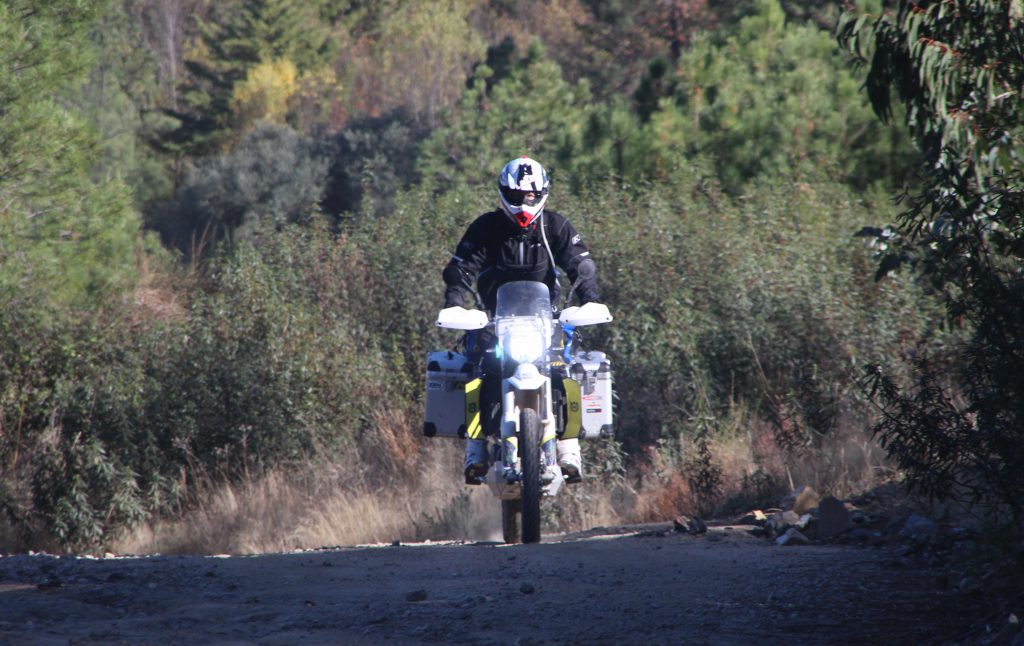 Caroline on a sunny day on the piste in Portugal

We finally decided to take the ferry to Melilla, a Spanish enclave in the northeast of Morocco and adapted our route to the weather forecast. We rode along the Plateau de Rekkam and it wasn’t until the dunes of Erg Chebbi in Merzouga, we finally hit the piste. 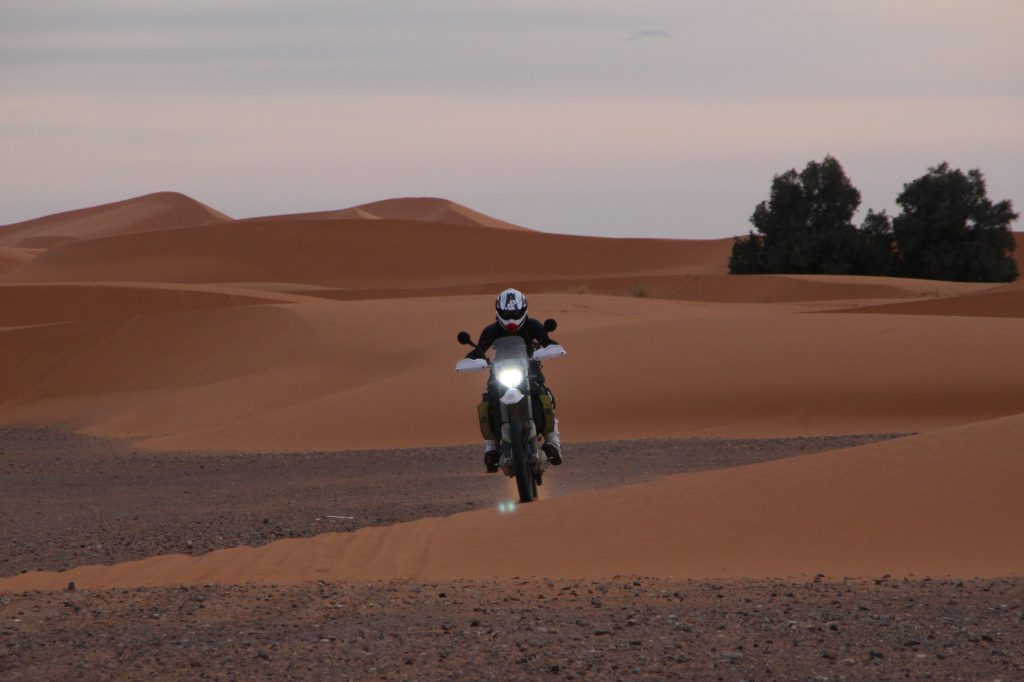 Sand training session for Caroline in the dunes of Erg Chebbi 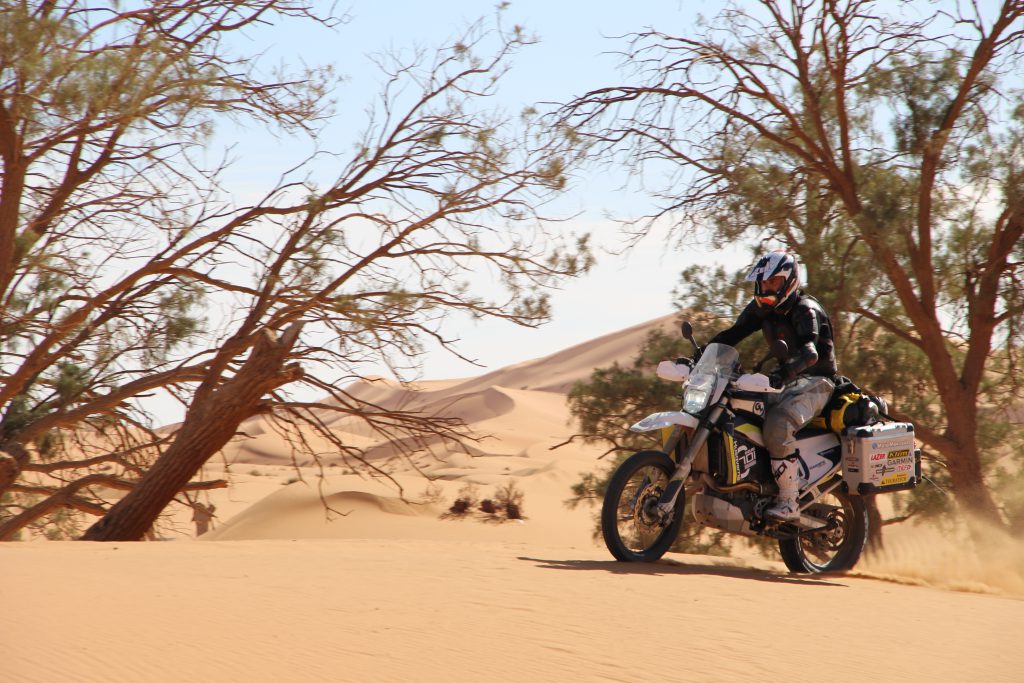 Tom playing around a bit in the dunes of Erg Chebbi

Caroline still had to get used to riding sand and we moved at a somewhat slower pace compared to me riding on my own. She laid her bike on its side every now and then, when the front wheel stubbornly chose its own direction. But it needs to be said: she passed with flying colors on the piste between Rissani and Zagora. The few stretches of fesh-fesh only made her stronger and although she was exhausted by the end of the first day, she took off on the second day of piste without complaining. That’s my girl! 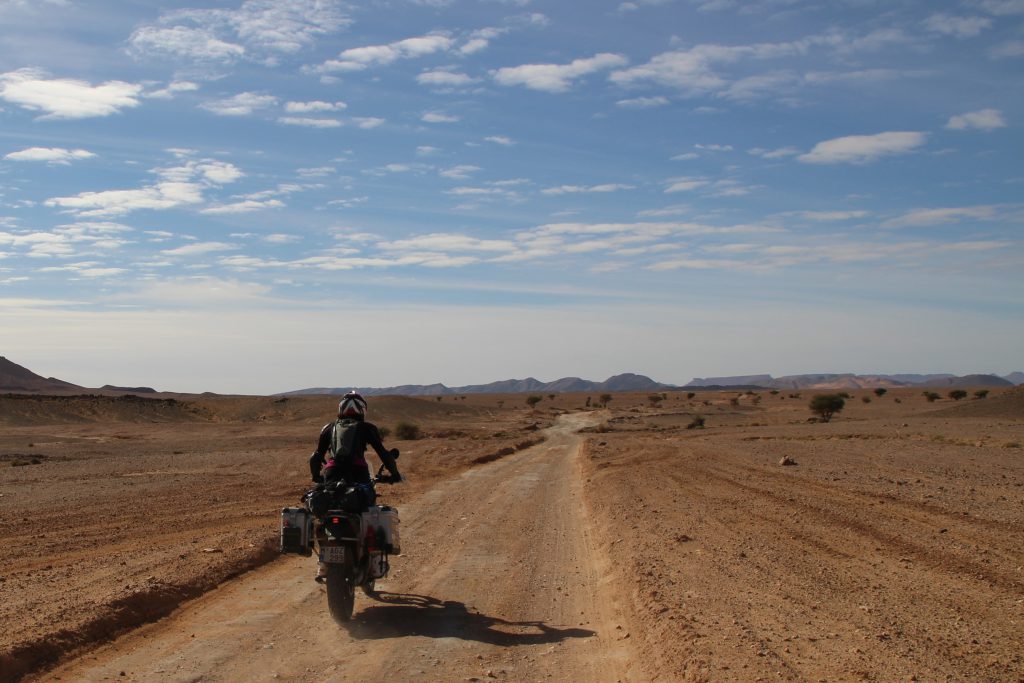 The piste to Tafraoute Montagnes 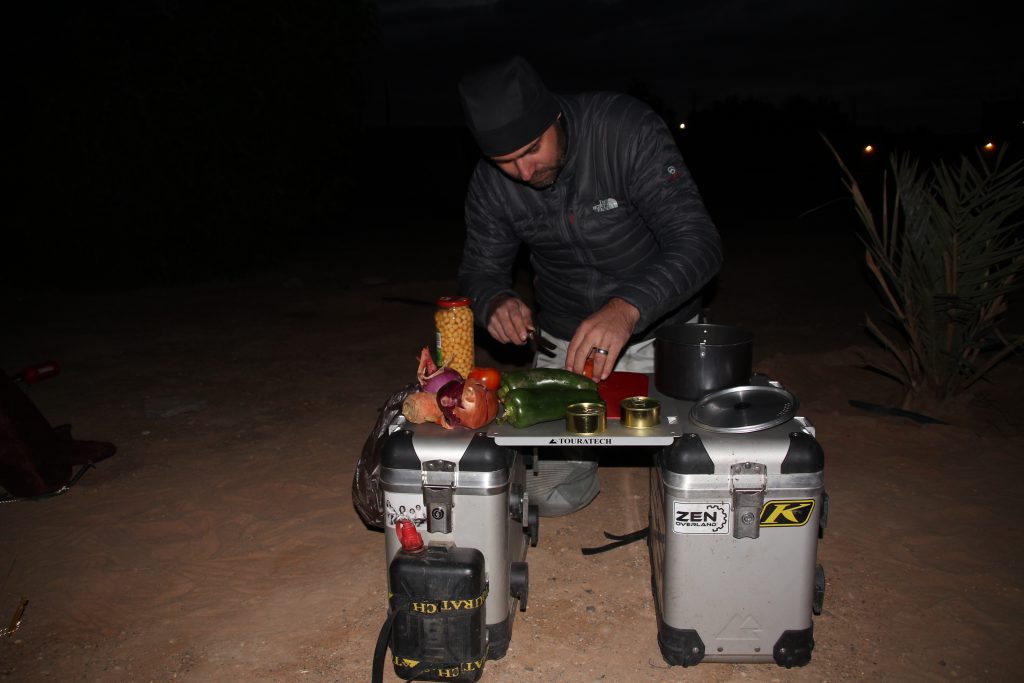 Master chef in the desert

In the meantime, we got rid of the fuel leaks. We finally found an alu welder in Zagora, once the epicenter of the Dakar rallye, and we used some extra rubbers to mount the aftermarket tanks. For sure the weld didn’t win any beauty contest, but at least we were ready to attack the 400 kms of piste between Assa and Smara, the Western Sahara that is. 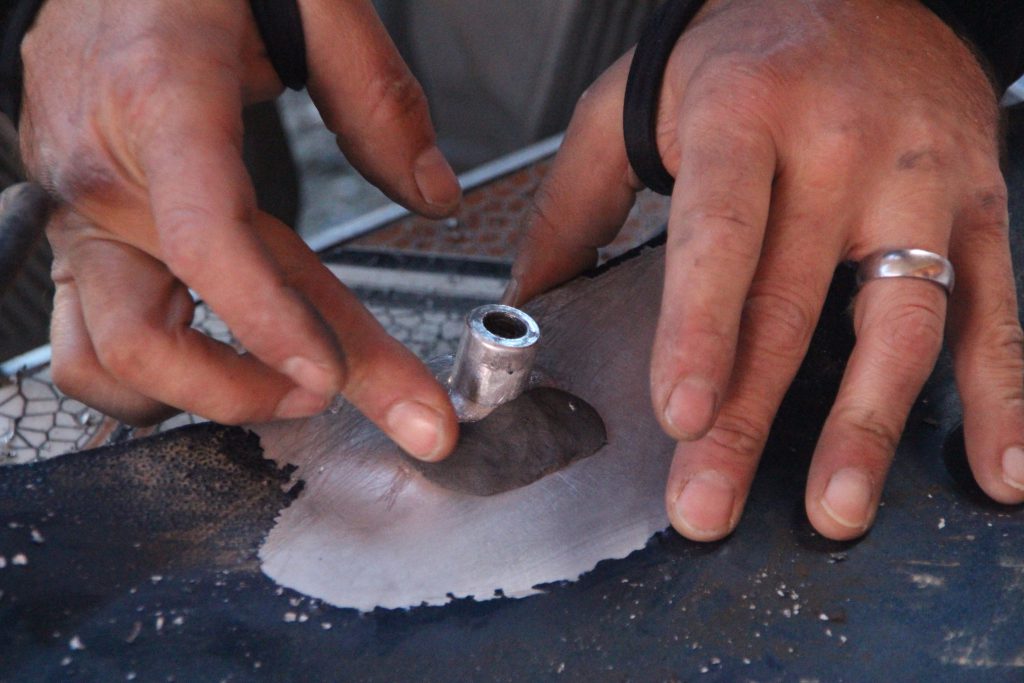 We’re still in an extremely good mood, love is still in the air and we enjoy the clearblue skies and the warmth of the sun. What more could we wish for?