The last 500 kms of the Ruta 40 in the North of Argentina were (literally) breath taking. A ball of coca leaves in the cheek and up it went on the Abra del Acay, just under 5000 m altitude. We struggled big time keeping the bikes upright due to the heavy winds, the cold and the dizzy feeling you only know from those late nights in a bar, after your 10th or so beer. Oxygen is scarce here, also for the bikes. 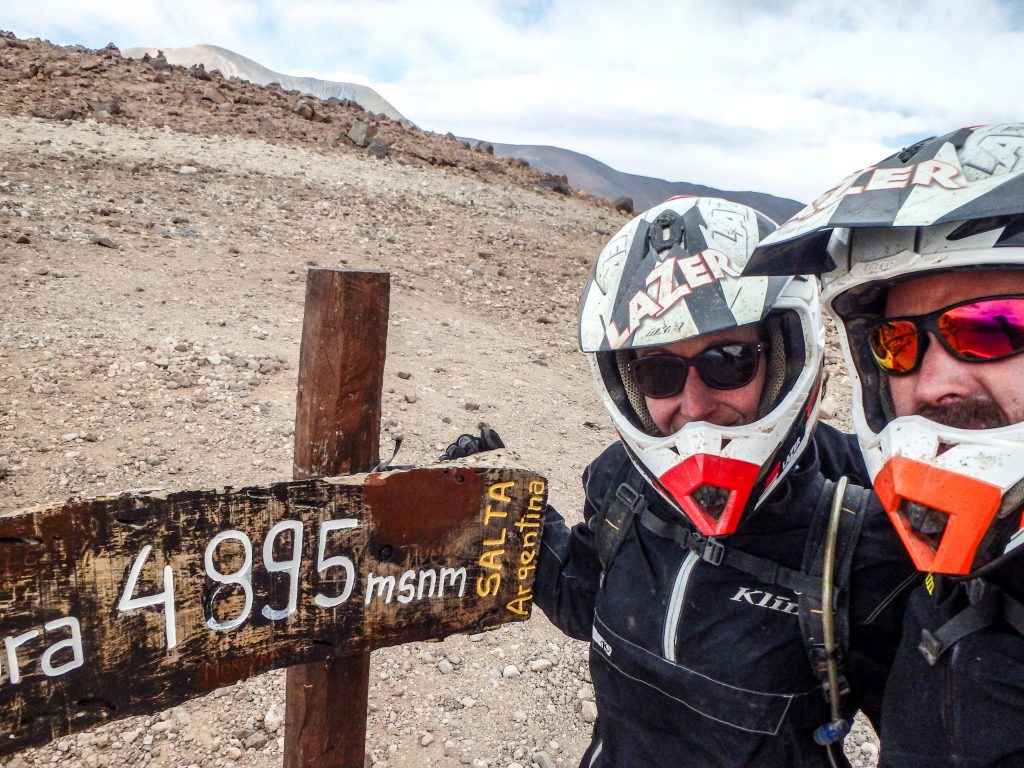 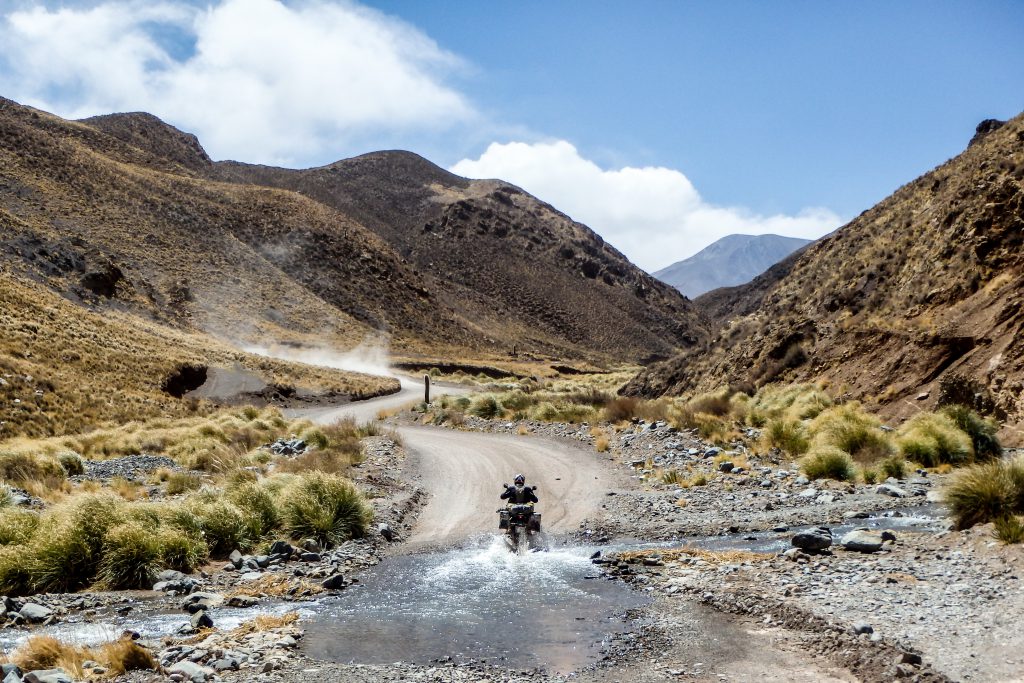 The track was winding along San Antonio de los Cobres, across the Salinas Grandes until the border town of La Quiaca. We followed the Ruta 40 further back south and rejoined the road to the Paso de Sico, heading for Chile. We camped at altitudes above 4400 m and saw temperatures as low as -13° during the night. Now I finally know what the ‘extreme temperature’ indication on the sleeping bags means: you just don’t freeze to death, but that’s about it! 🙂

The tracks were amazing though: lots of gravel, stones, a little stretch of sand so every now and then and the odd small river crossing. All that under a clear blue sky with a herd of grazing llamas in the background. 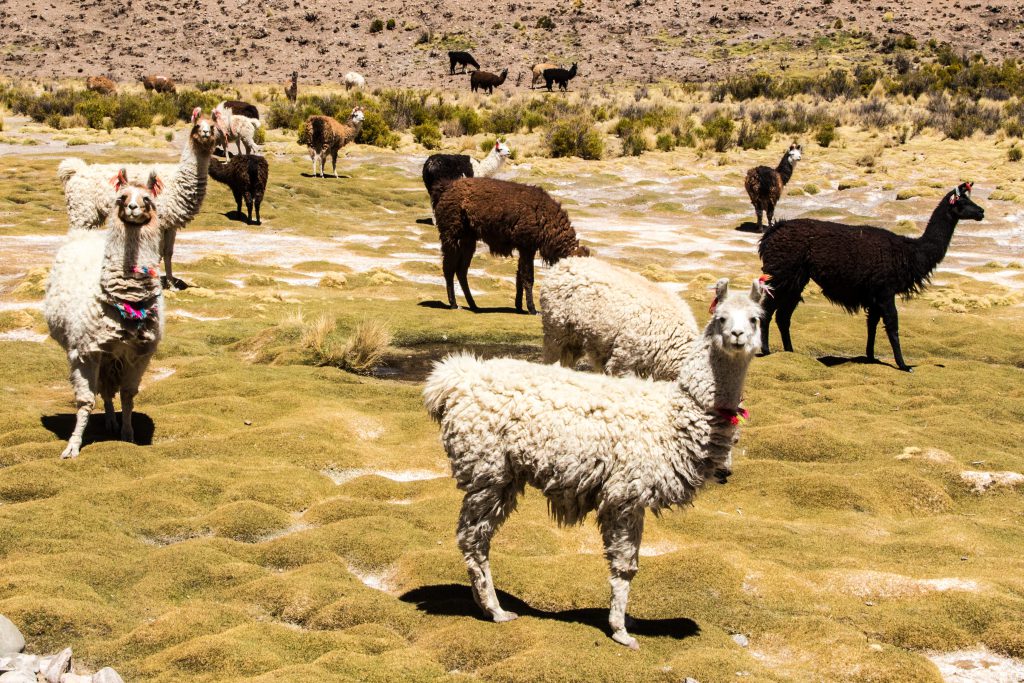 Our new best friends along the road: llamas! 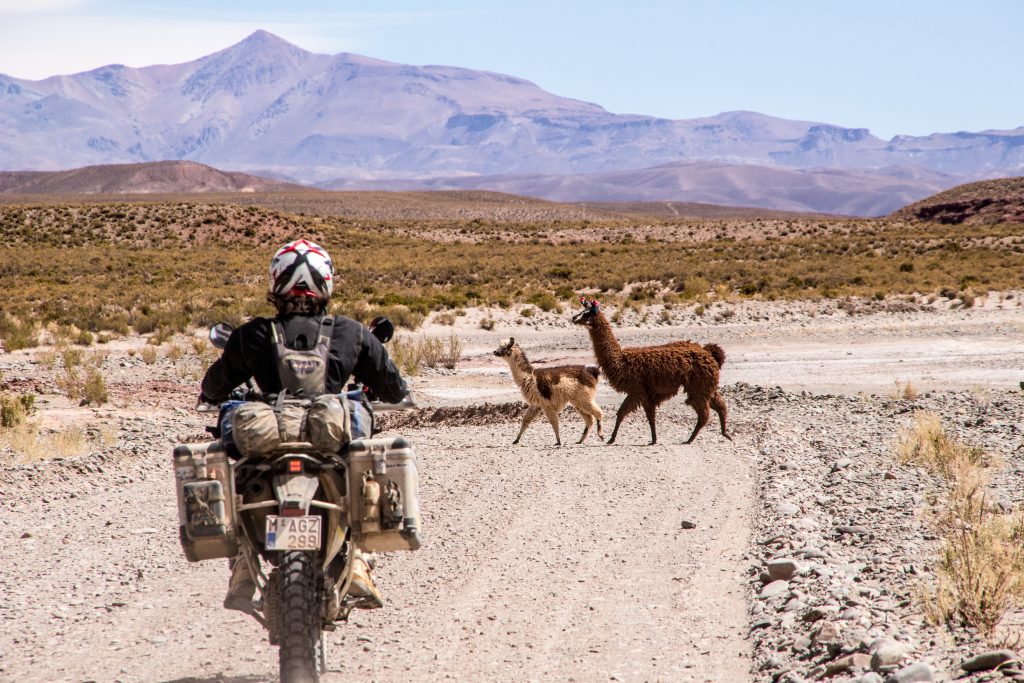 Llama discipline when crossing the roads 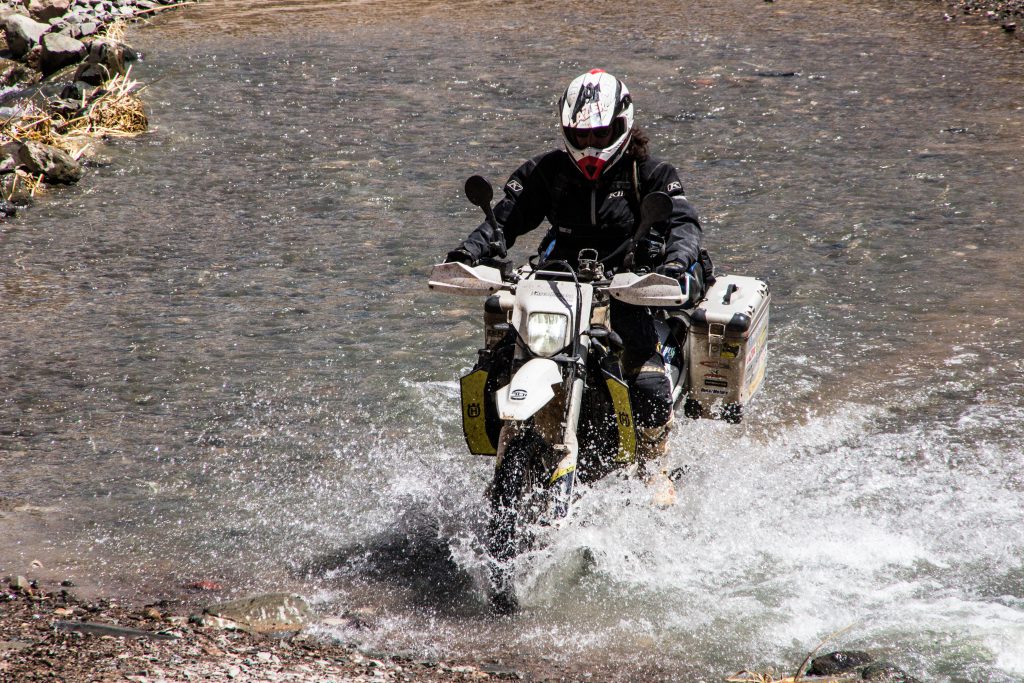 Caroline crossing a small river on the Ruta 40 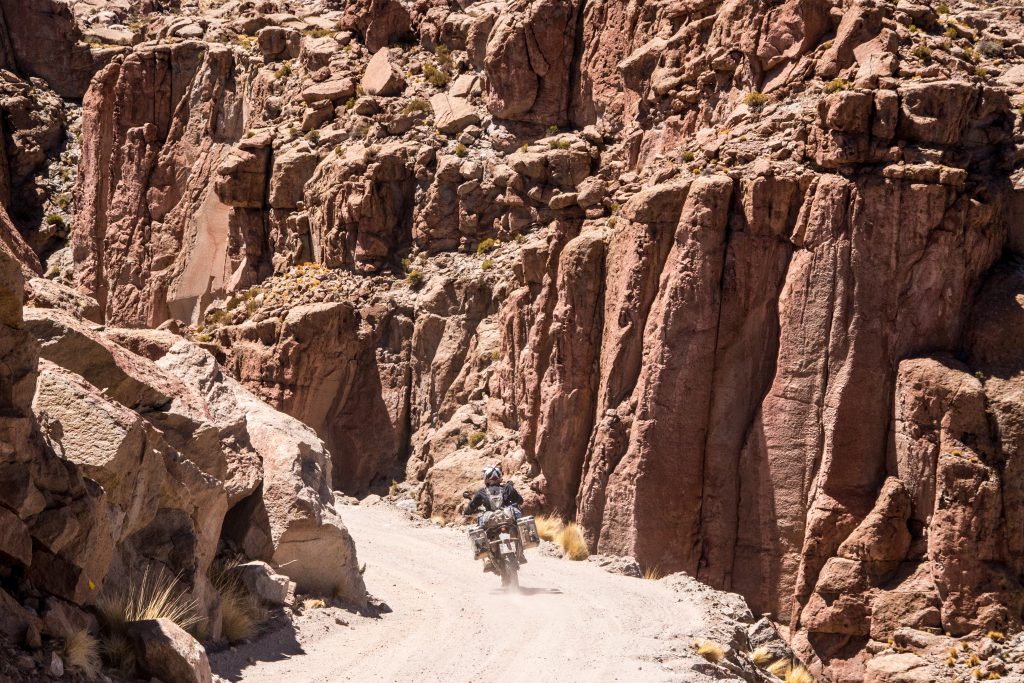 But as we finally started climbing the Paso de Sico, things went terribly wrong for Caroline. She unexpectedly hit a stretch of sand, lost control over the bike and was violently thrown over the handlebars at 70 km/h. Her helmet hit the ground pretty hard. I was riding a bit ahead but when my motarda failed to catch up with me, I wisely decided to go check on hert. And there she was, at the side of the road, next to her damaged bike. Her face and riding gear were covered in blood and she was completely disoriented.

There seemed no living soul around for many kilometres and no way Caroline would have been able to ride the bike in her condition. So what now? Until all of a sudden, don’t ask me where it came from or who warned it, a shiny bright new ambulance arrived at the scene. Caroline left with the ambulance to San Antonio, and I was left in the middle of nowhere, just before sunset, with nothing but sand, mountains and a lost llama around. Holy crap! I started preparing for another ice cold night next to the bikes at 4500m altitude, until all of a sudden a pick-up with three Argentinan guys pulled over and offered help. One of them had an XT600 at home so he should have the skills it takes to get Carolines bike to San Antonio. He didn’t seem to care about that blood covered helmet, as long as he could ride that mean machine. His eyes twinkled as he finally had the bike between the legs. 🙂

Caroline recovered in the hospital in San Antonio and besides a bleeding nose, a wrecked face and scuffs on her tummy, she also suffered a severe brain concussion. We spent 7 days in San Antonio but finally hit the Paso de Sico again. Until the end this time! Well done baby! 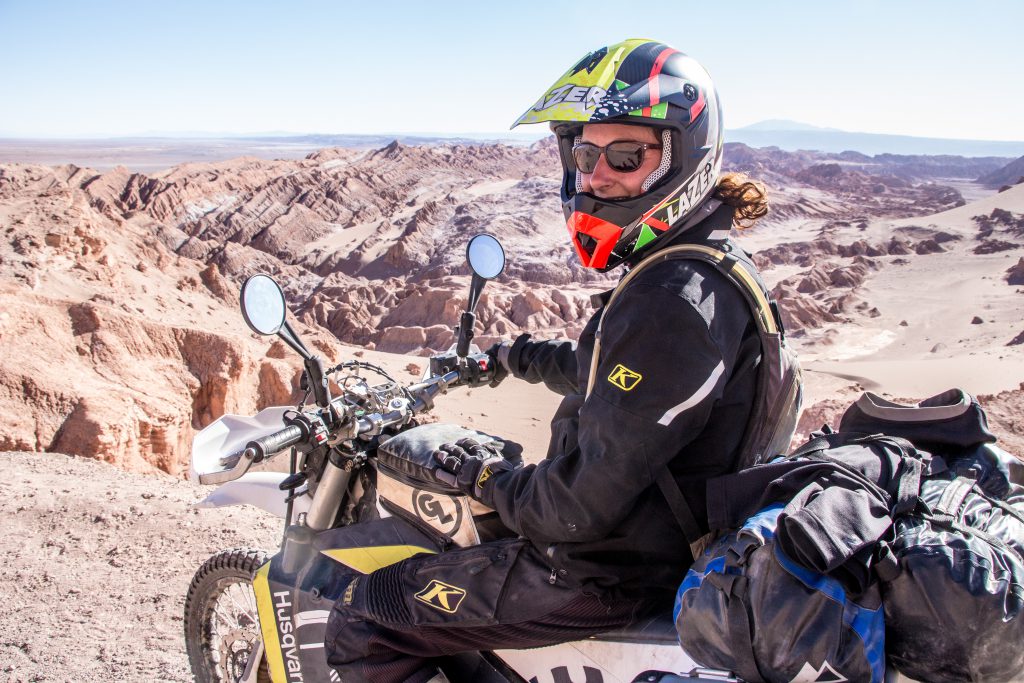 We are in the chill hippy town of San Pedro de Atacama, Chile, now. A quick stopover in Antofagasta allowed us to fetch a new helmet, jacket and a few spares. This afternoon we will do a bit of sightseeing around San Pedro: spotting flamingoes and geysers. San Pedro is just lovely!