It’s been a day or twelve now since I broke my foot after a crash on the piste. We both knew that someday, this would happen. It’s  part of motorcycle adventure riding. It isn’t the first time that things go wrong and for sure it won’t be the last time either. But this time, the odds were on our side . That much is true.

I praise myself lucky we have chosen decent equipment for this trip. The bike came out pretty much unharmed, except for bent handlebars and a broken screen. The engine spins like a cat, albeit a very happy one. The Touratech panniers have an extra dent, but those are easily bashed back into shape. They almost look like new again, that is African style then :-). 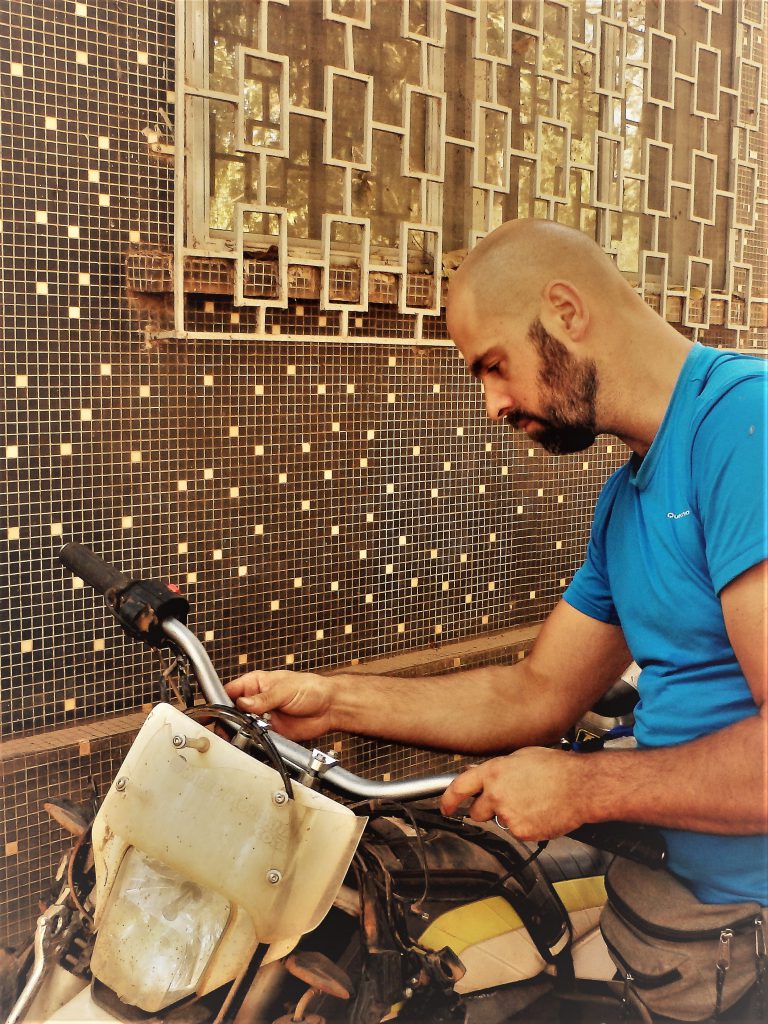 Installing new handlebars on the Husky

The helmet did its job pretty well.  My head got smashed quite hard on the rocks and the helmet just nicely absorbed all of the kinetic energy. For sure it has an 8 cm crack now and is due replacement, but it was developed to do just that. Imagine what could have happened with some of those low quality hard plastic helmets… Just horror! Thumbs up for Lazer! 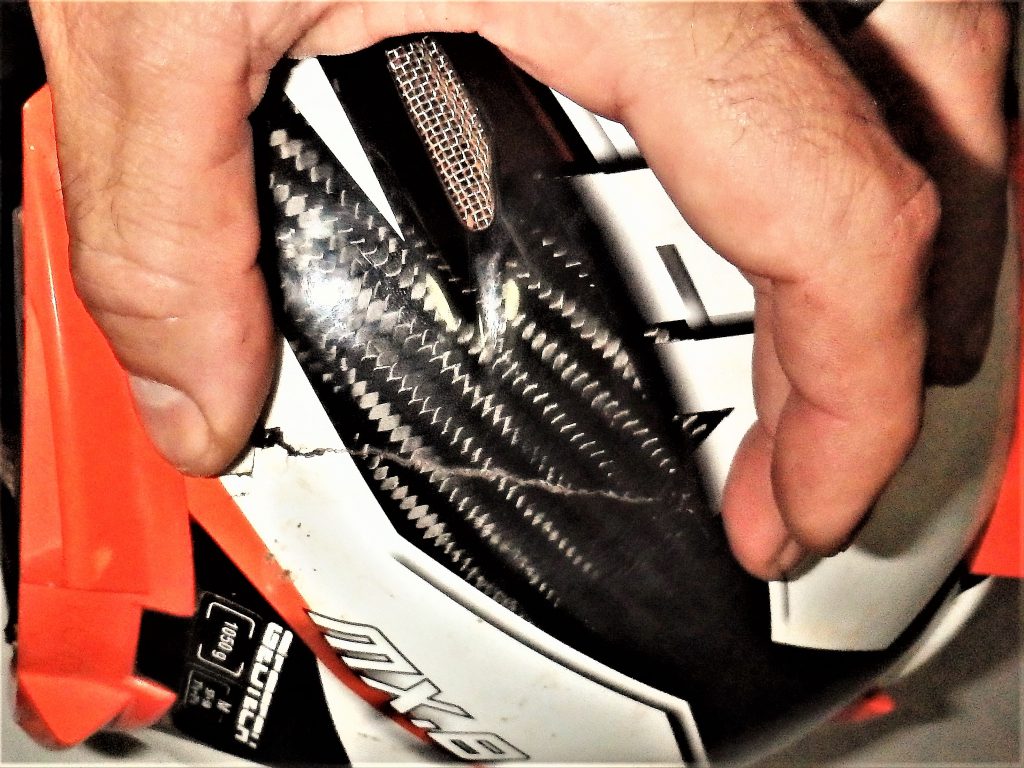 The helmet did exactly what it was designed for: absorbing the shock

What exactly happened to my foot is yet unclear though. It all went so quickly. I have to say I didn’t feel a lot right after the crash. Walking was somewhat painful but nothing really bad to be honest. But there is that fracture in my 5th metatarsal bone, close to the ankle. It’s a so called pseudo Jones fracture where a tendon ripped a part off the bone. Prognosis is very good and it should take  another 6 to 8 weeks to fully heal. But a plaster cast was overkill the doctor said, and once the swelling is reduced, I will be able to ride the bike thanks to the stiff sole and sturdy construction of our Sidi boots. 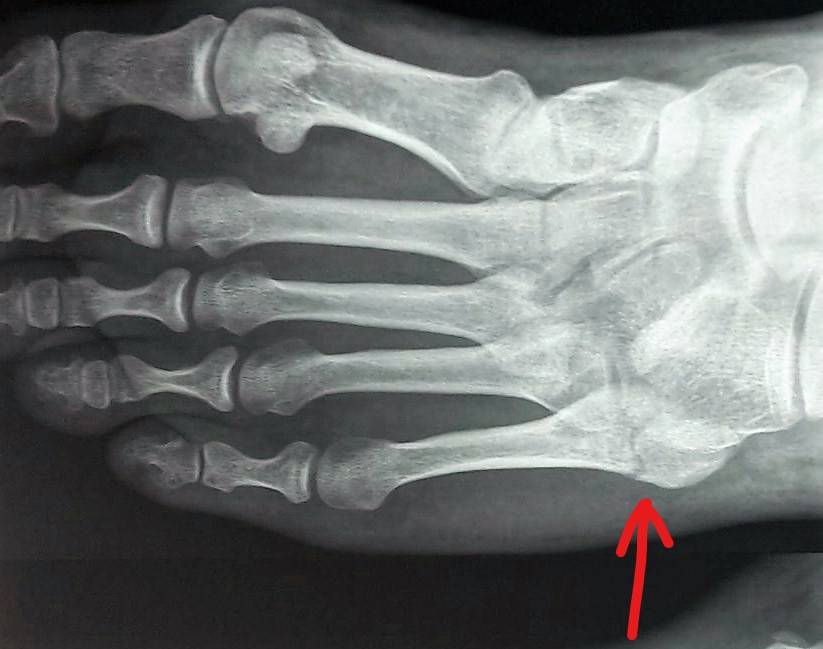 In the meantime we take the time here in Bamako to work on the African VISA puzzle, to enjoy the city and to write some articles here at the Sleeping Camel. The bikes are getting some TLC, there’s cold beer and we’re in great company. There’s worse places to get stuck for a week or two…

So no mum, I’m not coming home just yet 😉