To all who were in doubt if we were really going to leave: well,we did!

The past few months have been exhausting. We prepared the house for renting, we conquered endless administrative procedures that go with leaving for a longer period and faced the inevitable emotional blow of leaving family and friends behind. Until the last day before our departure, we were busy emptying the house and doing the last few adjustments to the bikes. Bigger fuel tanks were one of those really essential modifications but it wasn’t until a few days before our departure they finally arrived (big thank you to Mike from Bikers Warehouse in Jo’burg!). We had to be a little creative every now and then but the bikes were finally ready for departure and so were we! We closed the door for 5 long years. The adventure starts now! 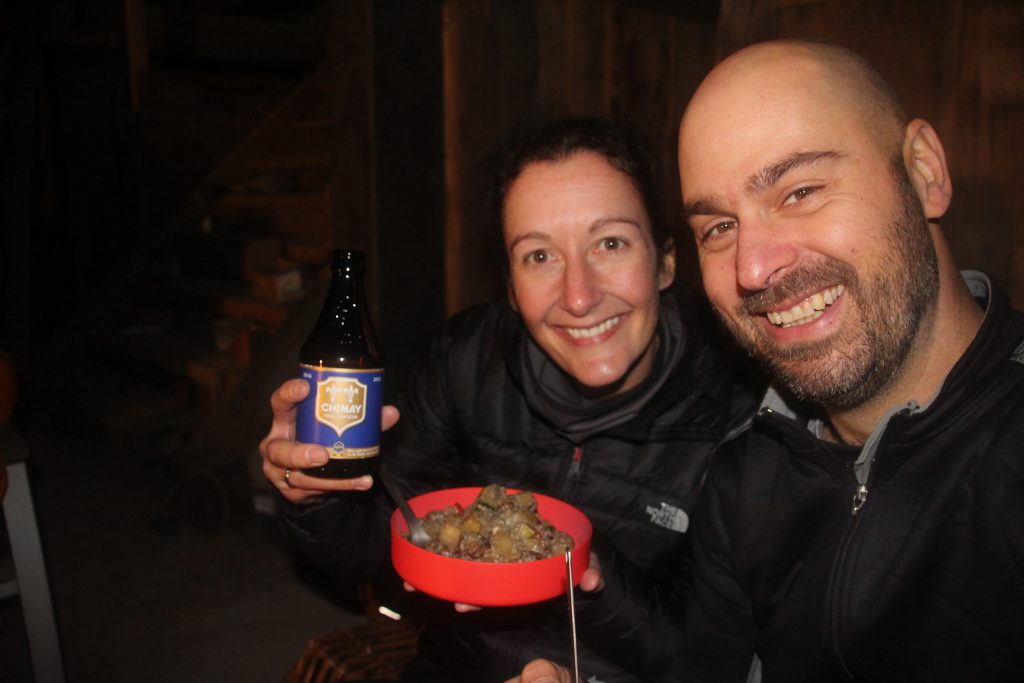 It was a mere 4°C when we left, that’s true. And it didn’t stop raining for 600 kms. We smelled leaking fuel tank at first and three days later Caro started attracting horny male skunks. But were excited to finally let go on the luxury and go for the wealth of adventure travelling. We arrived two days late at an old barn of our friend Michel in Saint Julien. So what? We have a bloody 5 long years ahead and we better be prepared for the African pace of life. So no worries if you haven’t received a reply after 2 days or if we stay under the radar for a while. All will be good!