Shipping bikes is an exciting process but unfortunately there are many pitfalls. We have shipped our bikes many times to different places in the world, both by ship and by air. We have found the shipping from Cape Town to South America one of the hardest ones to get properly organized though. But hey, we are in South America now with the bikes and our wallet is a bit lighter for sure, but we have found prices to be rather acceptable, especially when comparing with some of the quotes we got.

Two Husqvarna’s 701 Enduro, luggage and gear. That’s what we had to get across the Atlantic. We received quotes up to 8000 EUR for air freight but finally got in touch with Econotrans. We explained WE wanted to crate the bikes at their premises. At first they said it was not possible, but finally they allowed us to do so.

There are no direct containerships going to South America. They all pass European cargo hubs where they are loaded on another ship. That means your bike will be at sea for about 50 days and that is a long time. We have found one shipper who could do it in 32 days, but add a week in advance and a week after arrival and you will understand this is a pretty long time without bikes. The 32 days option would ship to Buenos Aires for around 1700 EUR, that is local costs excluded. Read on why we think this is not a valid option, even at that shipping price.

Our first idea was to ship them to Buenos Aires, but we finally opted for Montevideo, Urugay.

Volume and weight add up to the bill. We got an old pallet for 1 EUR from a DIY store in Cape Town. It was laying outside and I just asked for it. Just give me 20 Rand the guy said. We asked a friendly guy with a pick up to take our pallet to the shipper’s warehouse. So far so good.

The pallet needed a little reinforcement and a bit of wood around it to protect the bikes. We took both front and rear wheel out, removed the forks and one of the front tanks and unbolted the handlebars. Then strapped down the bikes to the pallet and filled all the free space with gear and luggage. It takes a bit of time, but it pays off and the effect on the bill will make you forget all the effort 😉

The wood around the bikes was provided by Econotrans (included in price) because it had to be fumigated and carry the necessary stamps. We wrapped the bikes, gear and luggage with plastic foil (light) and built an open crate around them. Cut out a hole for the VIN number inspection and wrote FRAGILE on it.

The result was a 1.9m3 open crate, weighing in at 435 kgs with for the entire cargo. 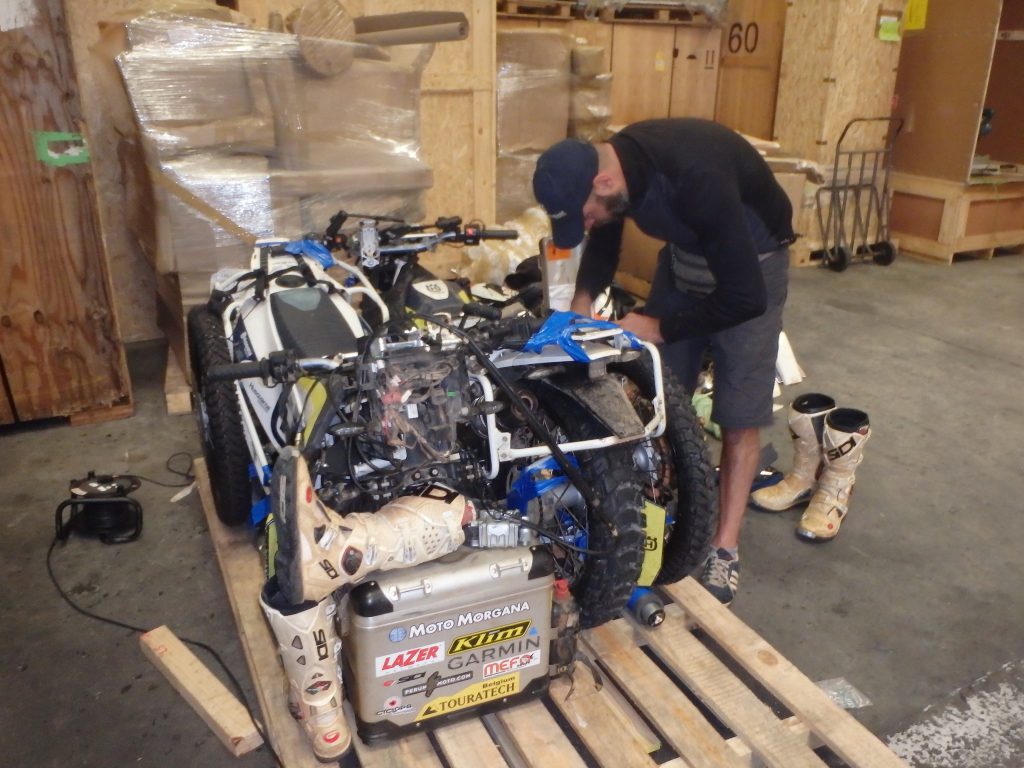 Strapping the bikes on a large pallet 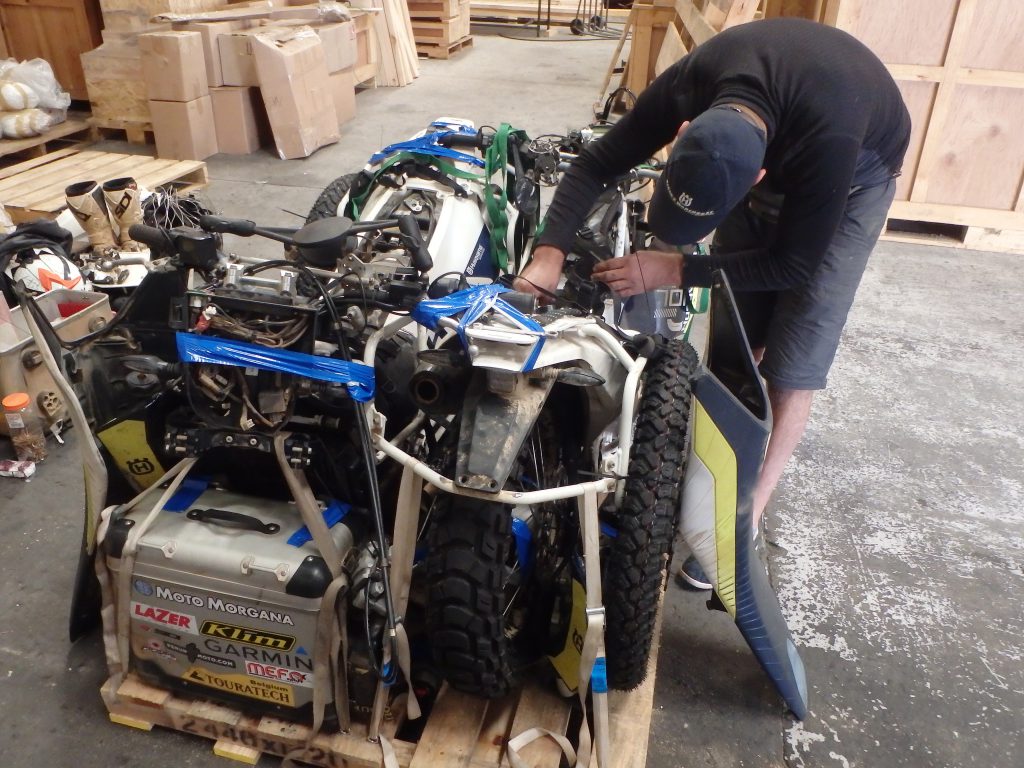 Disconnecting the batteries and draining the petrol 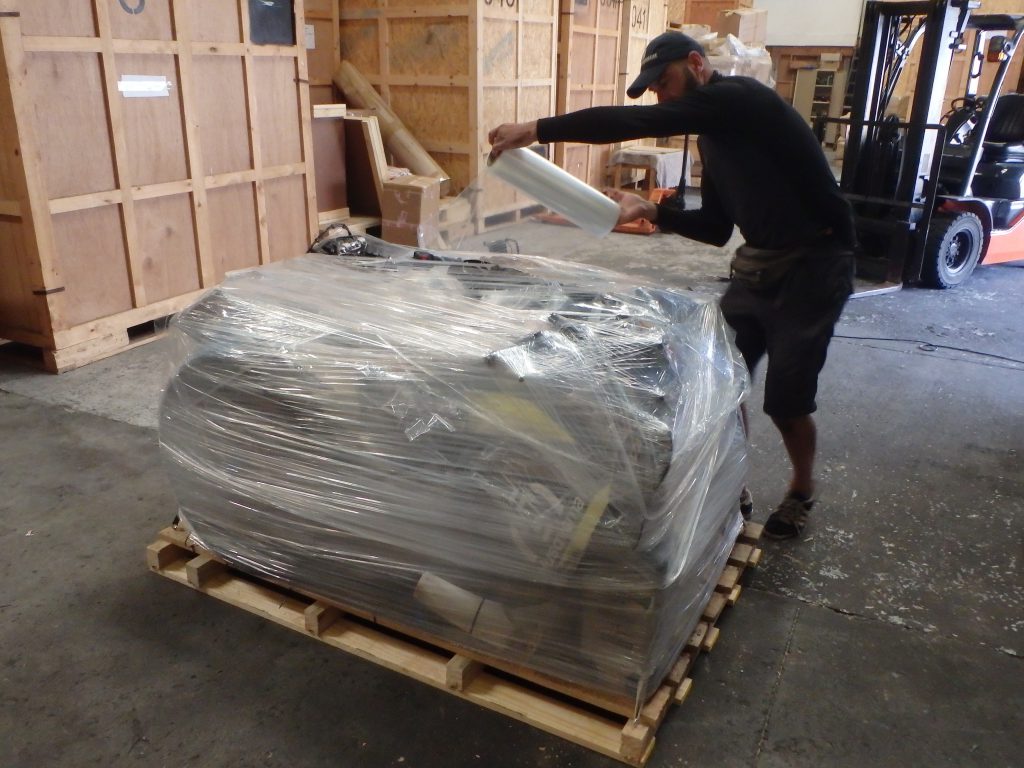 Wrapping it all in plastic foil 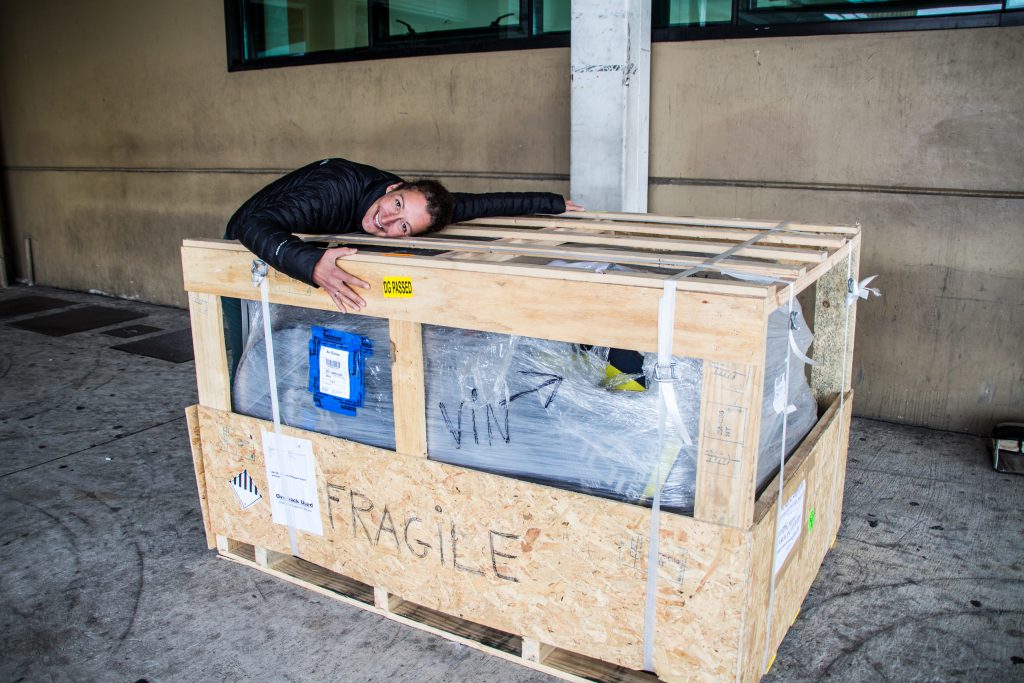 This is how the bikes arrived in Montevideo 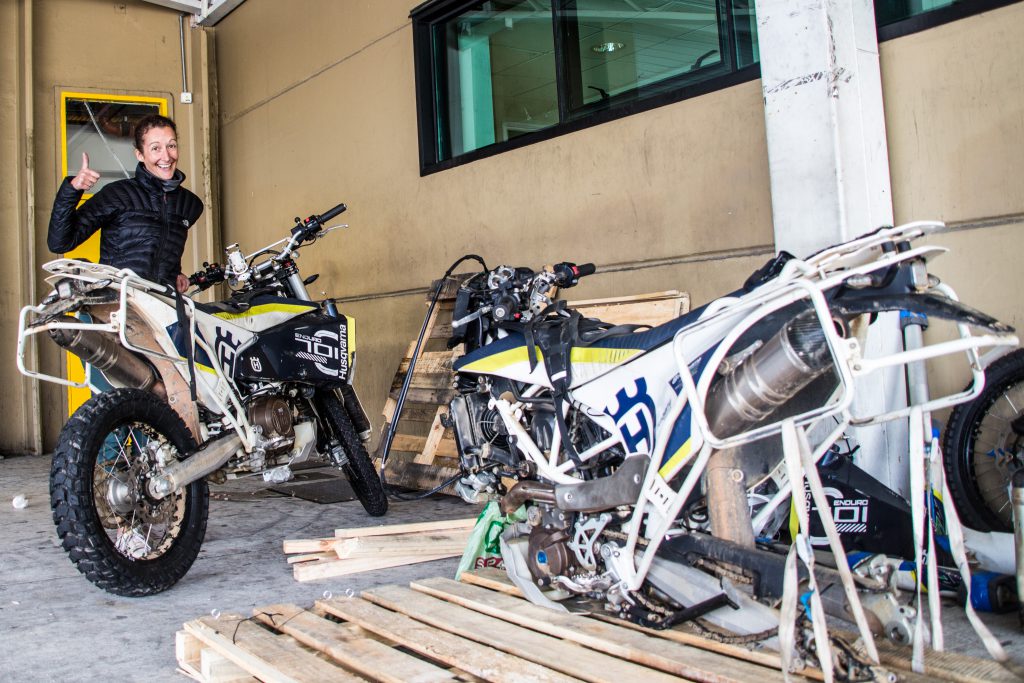 And finally putting them back together

One more piece of advice: make sure you are in Montevideo before the bikes arrive. It will save on storage costs.

In Montevideo, just look up the local contact of the airline your cargo came with online (usually Air France, KLM or Latam) and they will point you in the right direction.