After a two weeks rest in Bamako, we finally got Tom’s foot back into his boots, ready to move on. But where to? We had discussed the safety situation in Mali with quite a few people at the Sleeping Camel in Bamako. Would it be a good idea to go to Mopti further north or would it be better to avoid the region after the Gao attacks just a few weeks ago?

The answer wasn’t really clear. Tourists relying mostly on the advice of their embassies and the UN staff around didn’t support the idea of going there. Locals and ‘toubabs’ (white people) living and working in the region said to definitely go there. We thought those living and working there must have had the best idea of the safety situation at the moment, so we followed their advice. 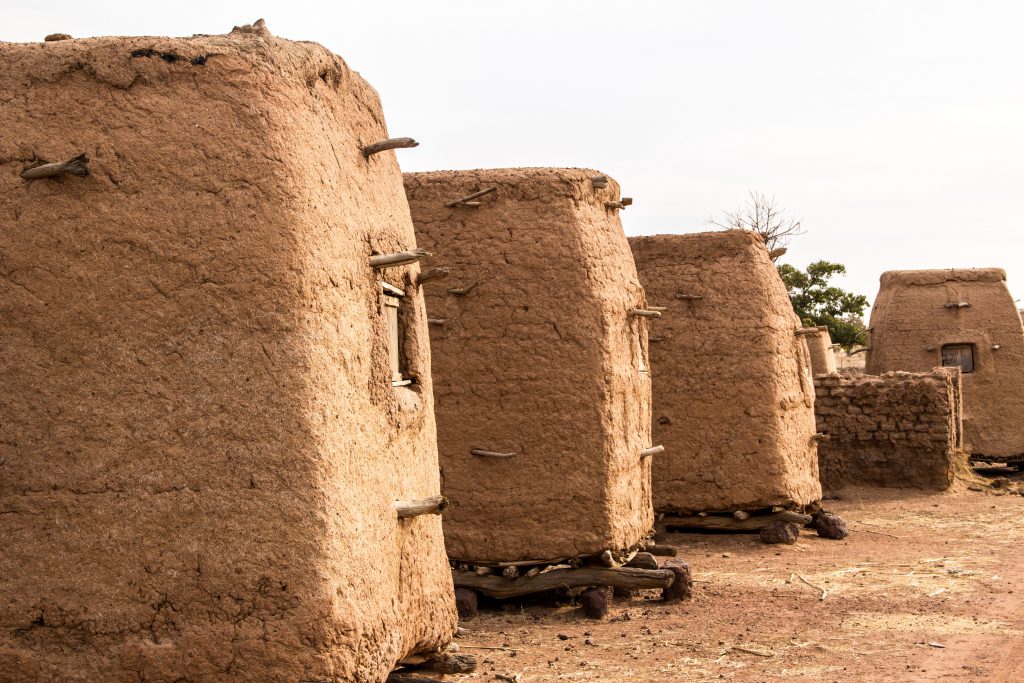 Typical small barns on our way to Djenné

So from Bamako, we headed to the town of Ségou to go see the ‘Festival sur le Niger’, one of the largest music festivals of West Africa. And it was just great: being dragged along by the people dancing in the streets and off course by the fascinating African music. Strolling along the vendors selling artisan jewelry, colourful outfits and “Hello Kitty” balloons :-). Sleeping on a rooftop terrace with a magnificent view over the Niger river: priceless! 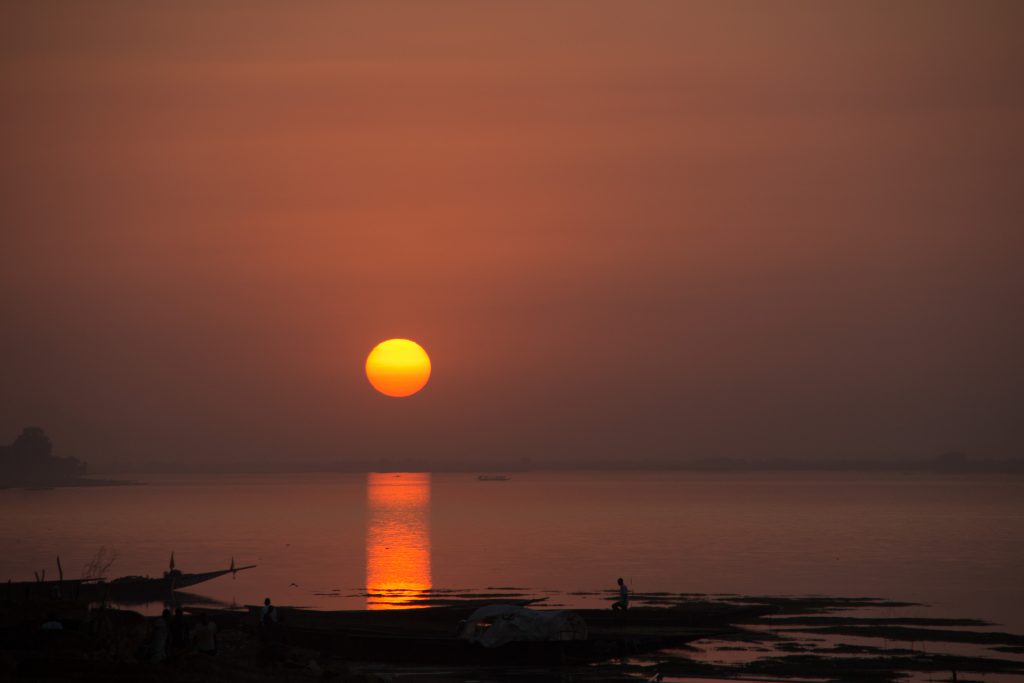 View over the river Niger from our rooftop bed in Ségou 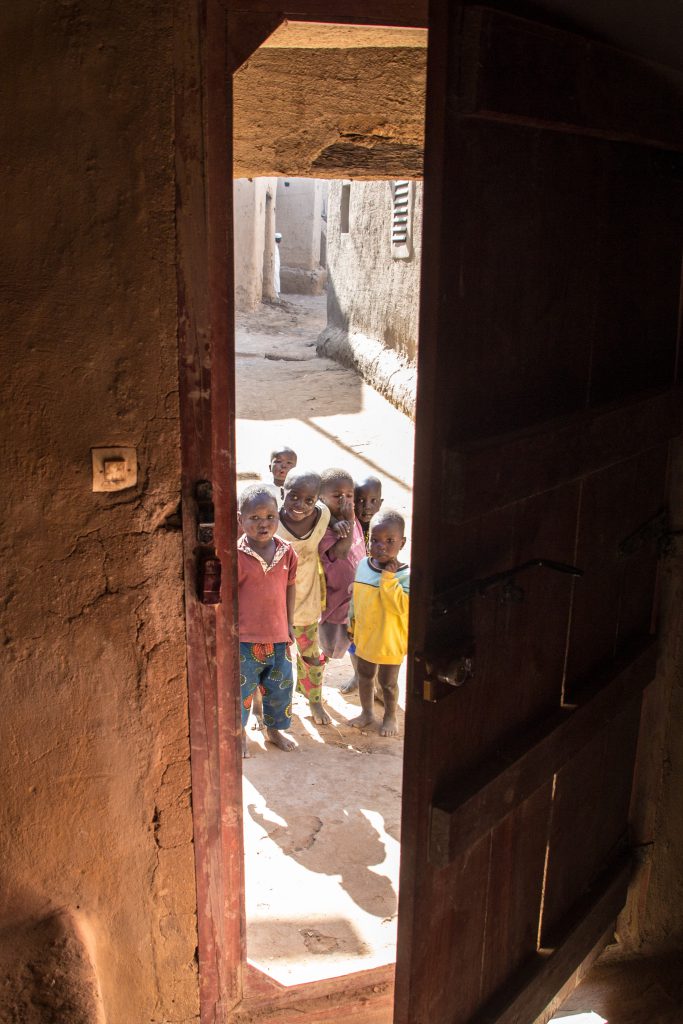 Djenné, the kids are always waiting for us

The town of Djenné is situated quite a bit further up north and its listing as UN World Heritage is more than justified, that much is true. There are no tourists around anymore and that seemed to be translated into pretty steep prices asked for the little accommodation still available. We were shouted at by a hotel owner that slightly overestimated his position of power, but finally bit the dust as we found this lovely family offering a great room at a correct price. And the shower had hot water, imagine! It’s been since Northern Morocco that we last had that. One of the few guides still left in Djenné took us into the little alleys of the city and submerged us into its rich history. We mingled with the locals for dinner at less than half a Euro. Crazy! 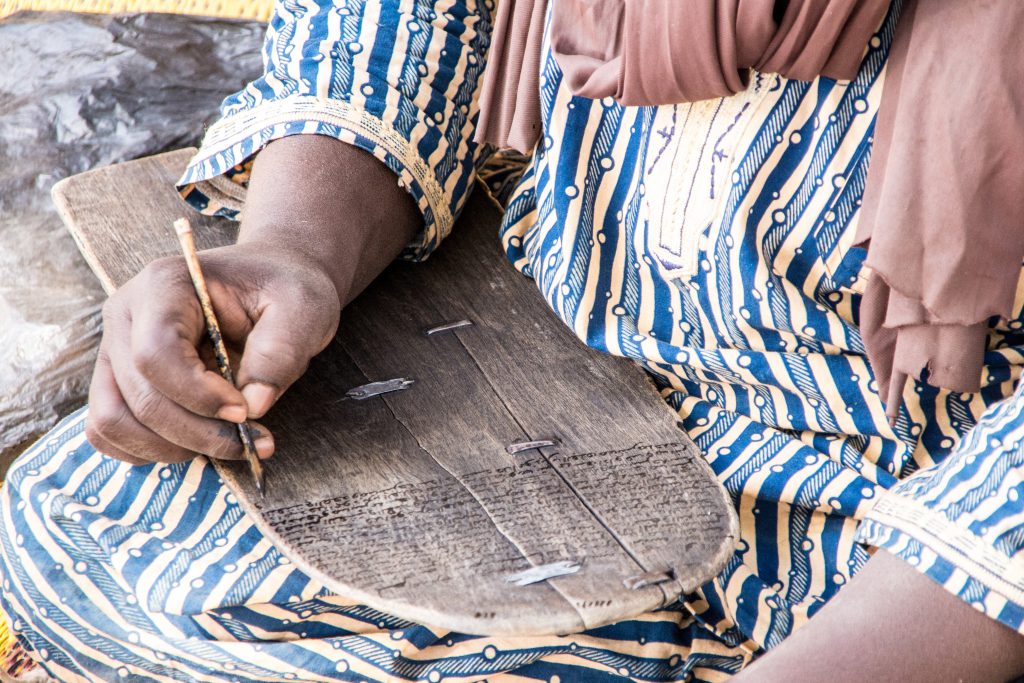 Muslem crafts board in the streets of Djenné 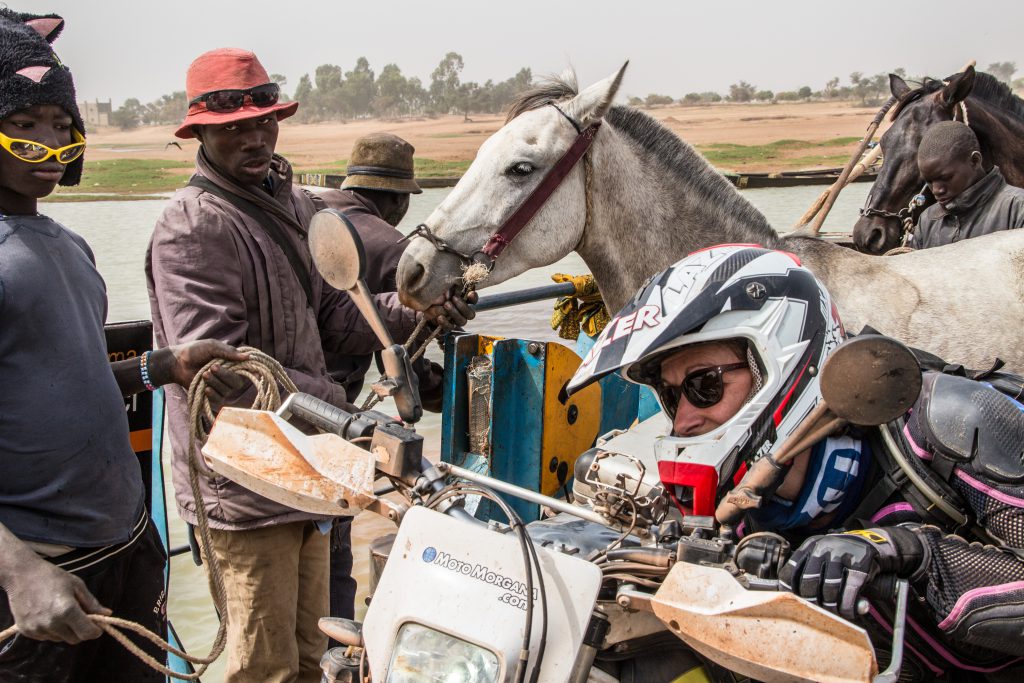 After a quiet night or two – that is still possible here in Africa so it seems – we moved on to Pays des Dogons, a cultural tourist hotspot in better days. We were the only Toubabs (whites) but we were so happy that they didn’t convince us to skip this region: lovely pistes, stunning nature and rich culture is what characterizes this region. We felt pretty much at ease here to be honest, but we kept the InReach satellite pager  well, eeuh, ‘in reach’… One doesn’t want to tempt fate now does he?!