The bikes are running fine again so there is nothing stopping us from exploring our next country, Swaziland. After a 300 kms tar stretch, it was already pretty cold as we pitched our tent in Piet Retief, but the next morning we woke up under a magnificent clear blue sky. Swaziland is not the biggest of countries so we figured a day or two would be enough to explore the nice spots. I couldn’t stop laughing when I was offered free condoms by a border official at the immigration office. The lady behind the counter even insisted on taking at least 2 strips of 4. Swaziland has the biggest concentration of HIV infections in the world so we learned. Nevertheless Caroline looked surprised when she saw me walking out with my free goodies. 🙂 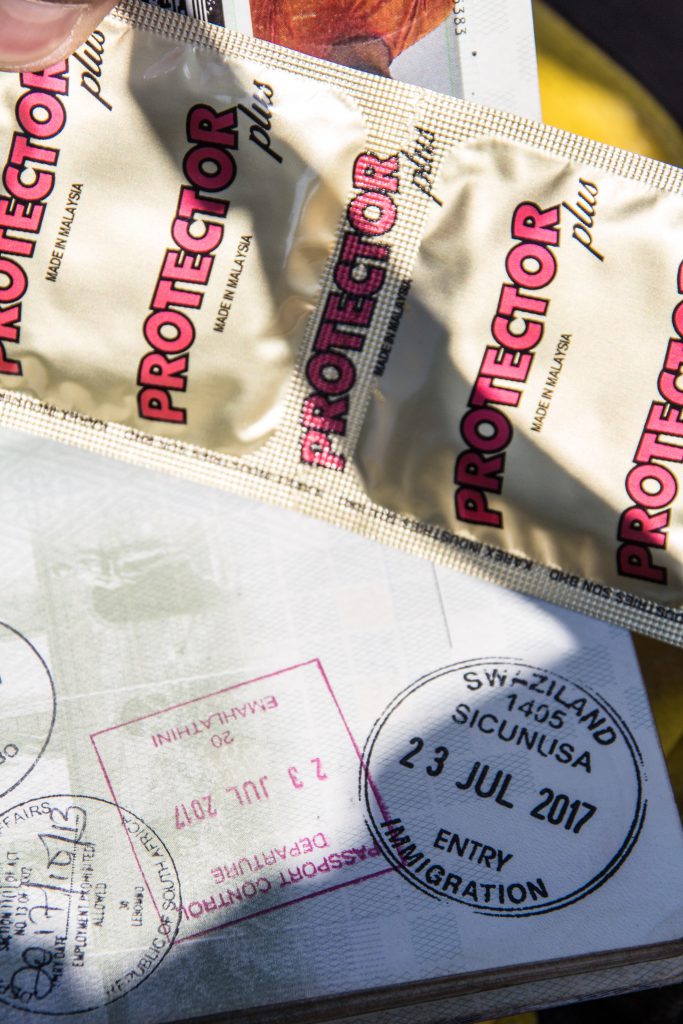 Free goodies at the border

The athmosphere was pretty relaxed in Swaziland and people were extremlely friendly. The hilly rides made up for a welcome variation in the landscape. There is tar roads but also quite a few stretches of nice gravel. We decided to camp near Piggs Peak, on a hillside with an unforgettable view over the valley. 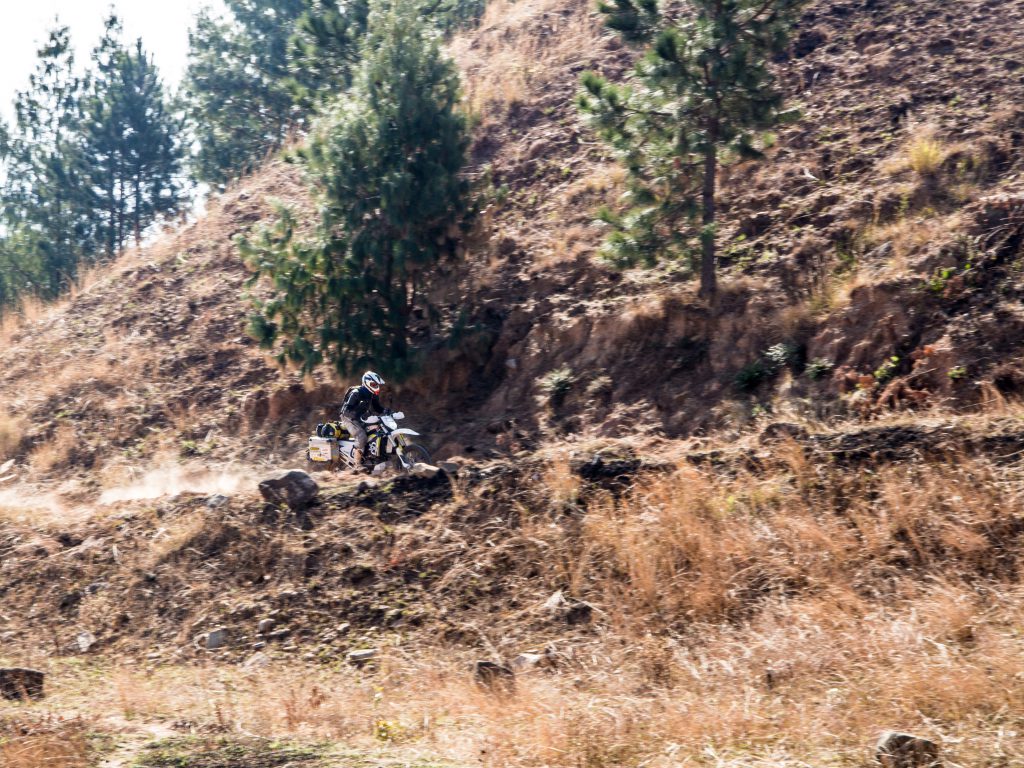 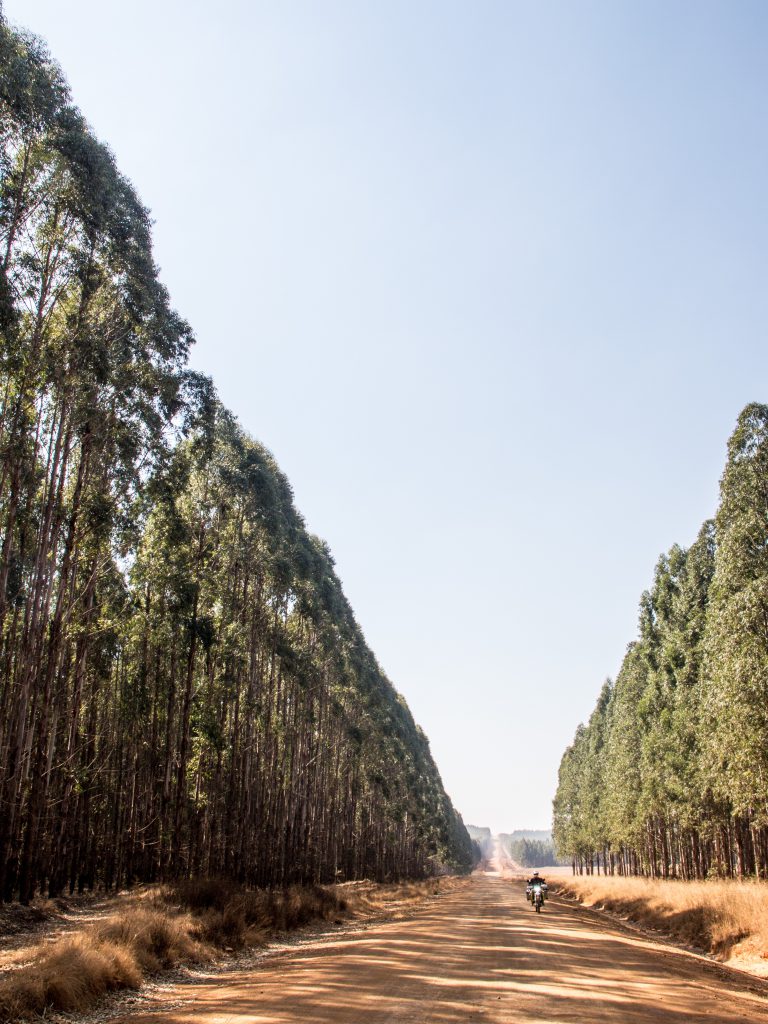 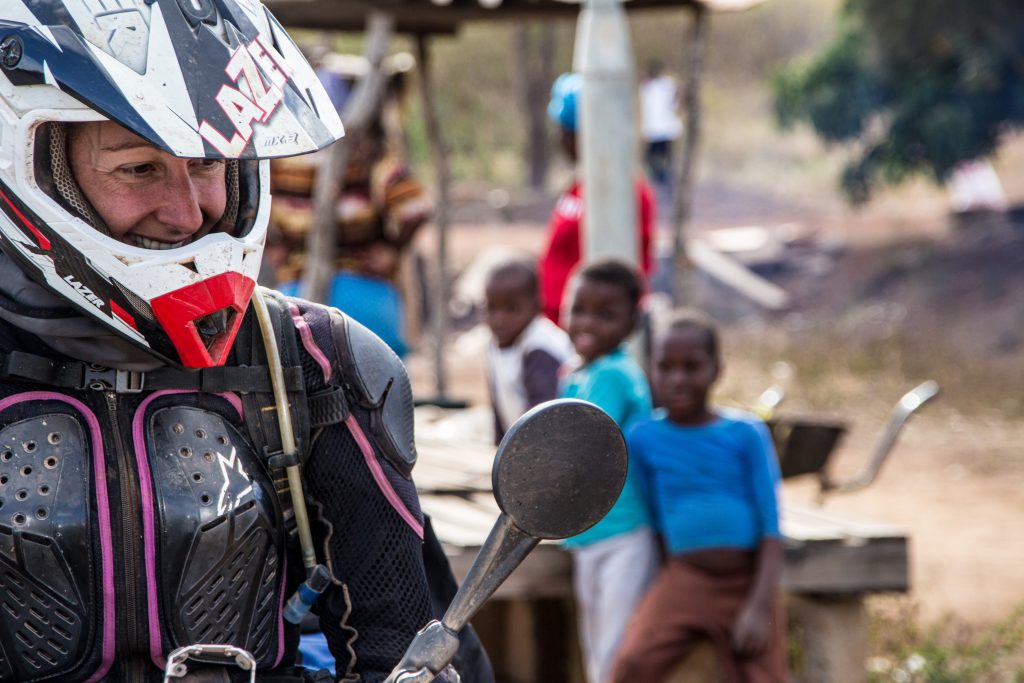 But against all expectations, it was South Africa that really managed to blow us away. The waiting for spares in Jo’burg delayed us somewhat and we had to change our route accordingly. That meant  we had to endure about 1500 kms of quick tar road that finally took us to Baviaanskloof National Park. The ride through the Baviaanskloof was  gorgeous though. Gravel roads were winding through the mountains with, except for the game, not a living soul around. One could easily tell it was low season in South Africa.1500 km of quick tar road 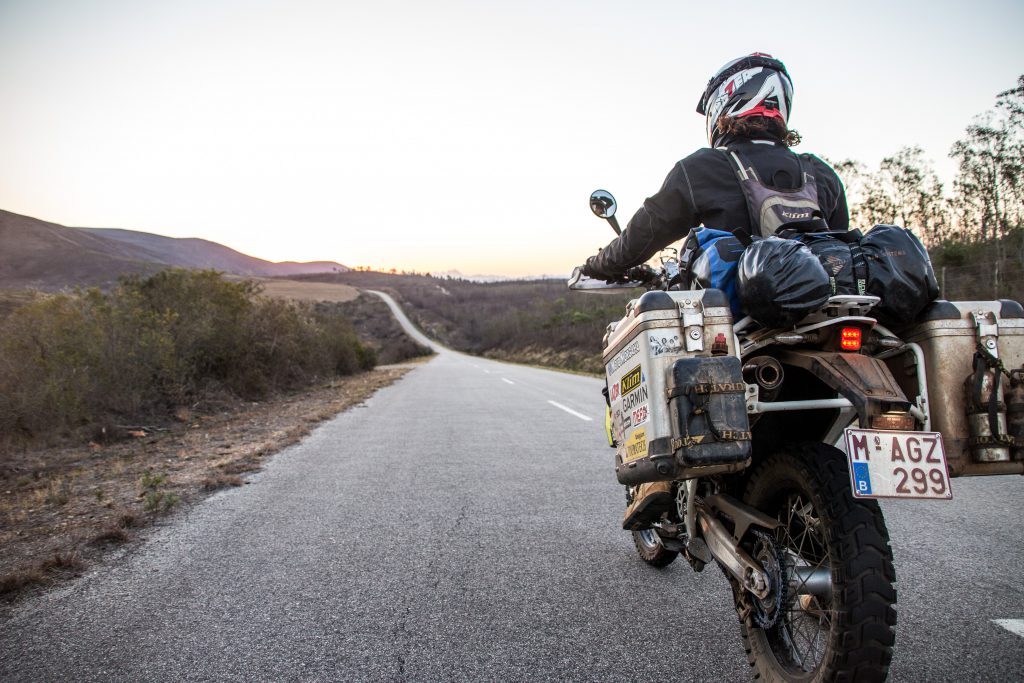 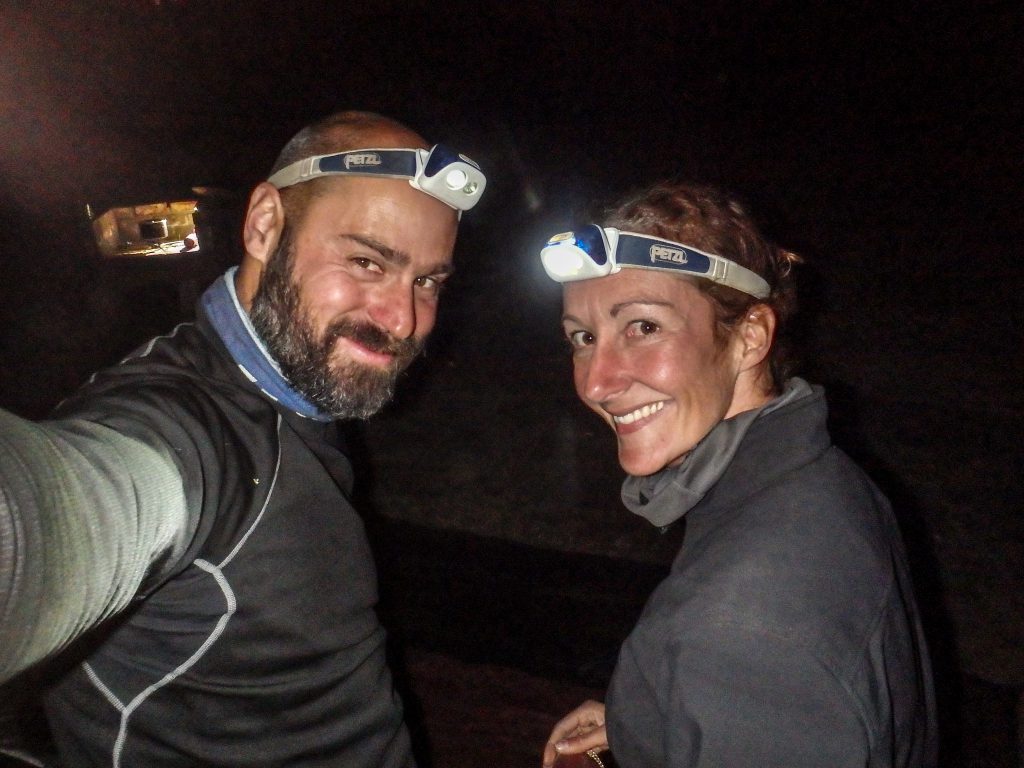 We took a nice flat gravel track to the north side of the Swartberg Pass but that appeared to be closed due to landslides. We ended up enjoying a lazy night in Prince Albert and rode up the other side of the pass the next morning. And then, all of a sudden, there was that big arrow to ‘Die Hel’, The Hell that is. Caroline and I had discussed it earlier and we actually kind of let go on the idea of riding that stretch. But a little persuasion and the idea that it wouldn’t be really that bad a road, made us change our mind. 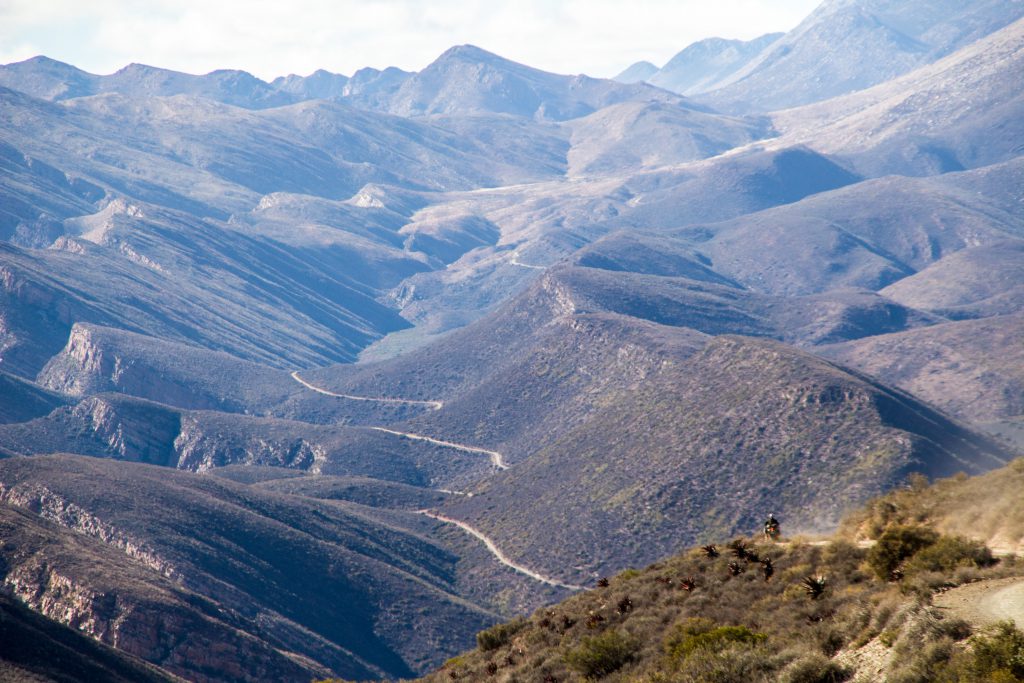 The road to ‘The Hell’

It turned out to be far from what people would expect from a place called ‘The Hell’. The wild stories about dangerous roads… We didn’t really get it. It was more like nice gravel with the odd pothole, rock, stretch of sand or 20cm deep  river crossing every now and then. If we were to compare that to say the roads in Central Africa, this was a pretty well maintained dirt road. Albeit one that excells in beauty. The track winds through the impressive Swartberg Mountains and finally descents into the Gamkaskloof. Vertigo is definitely a handicap here, but during the past 9 months Caroline has gotten more used to heights and she does an excellent job suppressing her fear. We saw exactly one single car on the track. But we saw plenty of kudus and baboons. The road to The Hell is most definitely among the nicest rides we had on our trans Africa section so far.


It only took us a few more days to reach Cape Agulhas, the southernmost point of Africa. It was a strange feeling to be honest and it got us a little emotional. We finally, officially crossed the African continent now, after 9 months and 38000 kms, zigzagging through this enormous continent. I bet none of the kids and parents from Caroline’s class could have imagined their teacher riding this far in these conditions. Now that is cool no? 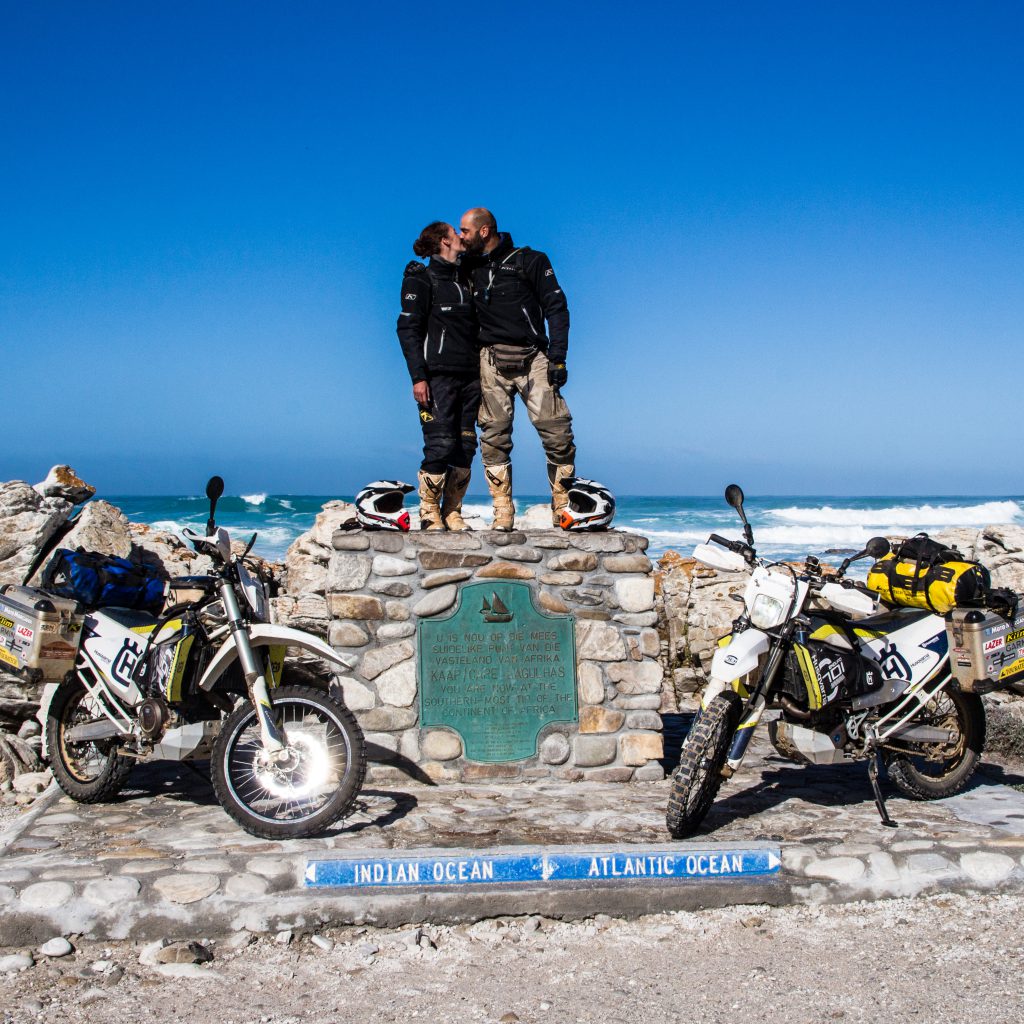 We did it! Africa’s southernmost point! 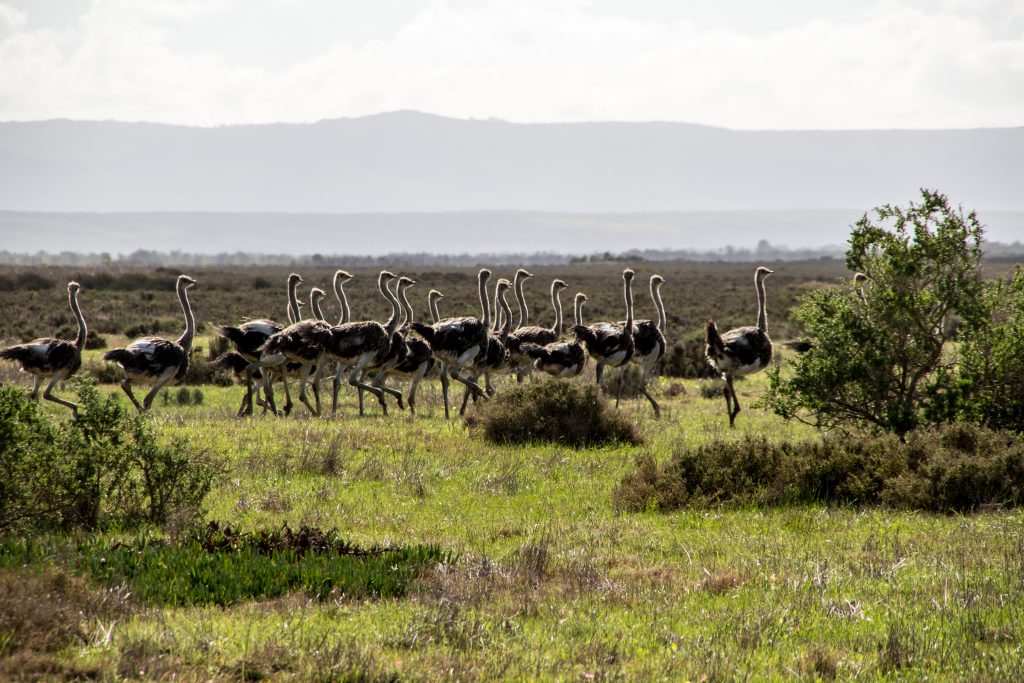 But we slowly started running out of time and needed to urge to get to Cape Town ion order to ship the bikes. Through a simple facebook message, we got in touch with Jan-Lukas, who lives near Cape Town since more than 30 years. He’s a great, funny Dutchman that has ridden from Amsterdam to South Africa on an XT500 back in the seventies. He could go on for hours with his unforgettable stories and his photos were so funny and impressive at the same time. There was no Touratech back then and with three 20L jerry cans strapped to the bike, he finally made it to Cape Town. And as fellow overlanders tend to do, he offered us a warm bed, great meals and a garage to wrench. What more could we have wished for? 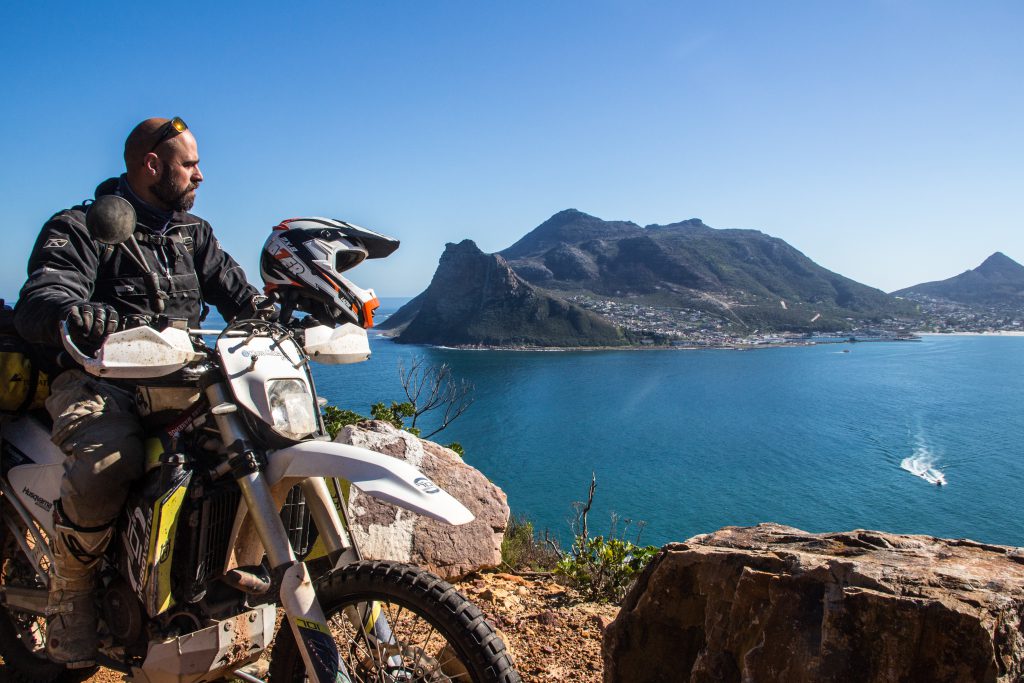 We now just finished packing the bikes so they can be shipped to Montevideo, Uruguay. Two full days it took us, but I guess we have beaten the volume record: 2 bikes with gear and luggage in just 1.9m3. Hopefully they make it in one peace to the other side of the Atlantic!